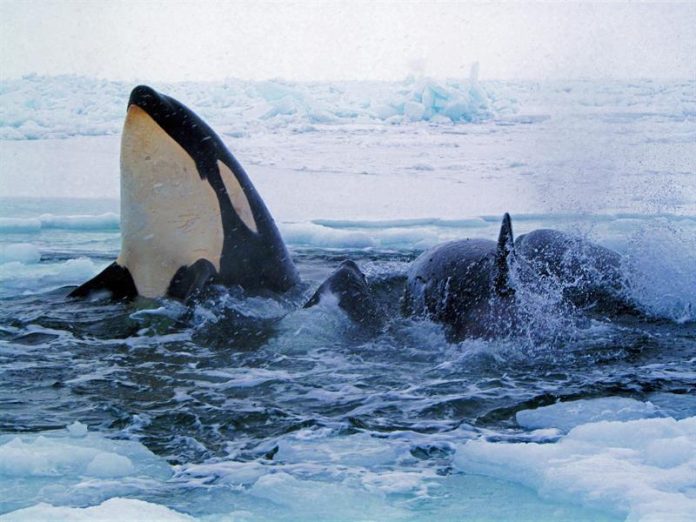 The Center for Biological Diversity filed today in a federal court in Seattle, Washington, a lawsuit against the Donald Trump Administration for failing to protect the ocean habitat of killer whales in the Pacific Northwest.

According to a statement from the organization, in this Pacific area there are only 75 specimens of this species in danger of extinction, the lowest number in the last 30 years.

The demand comes after an orca last Sunday ended an unusual duel during which she loaded and kept her dead child afloat for 17 days and 1,000 miles (1,600 kilometers) traveled, which motivated environmental organizations to redouble their efforts. voices of alert for the critical situation of this marine species.

“Time is running out for these magnificent and intelligent killer whales,” Catherine Kilduff, an attorney for the Center, said in the statement. “It is heartbreaking to see them die of hunger and mourn their dead young, and every day that the Trump people delay an action is a step towards the extinction of these whales,” he added.

According to the Center for Biological Diversity, the National Marine Fisheries Service has not acted after the group’s request in 2014 to extend habitat protection to the states of Washington, Oregon and California.

This sought to help the so-called southern resident orcas living in those waters, “dying of hunger due to the lack of salmon, maritime traffic and water pollution,” according to the environmental organization.

In 2015, the federal agency decided that it was necessary to expand habitat protection to safeguard key feeding and migration areas on the west coast, but “the Trump Administration has not implemented protections despite widespread public support for them,” he added. group.

The endangered species law prohibits federal agencies from authorizing activities that destroy or damage the critical habitat of any species included in its list.

Animals with critical habitat protected at the federal level are more than twice as likely to recover than species that are not under this classification, according to a study from the center.