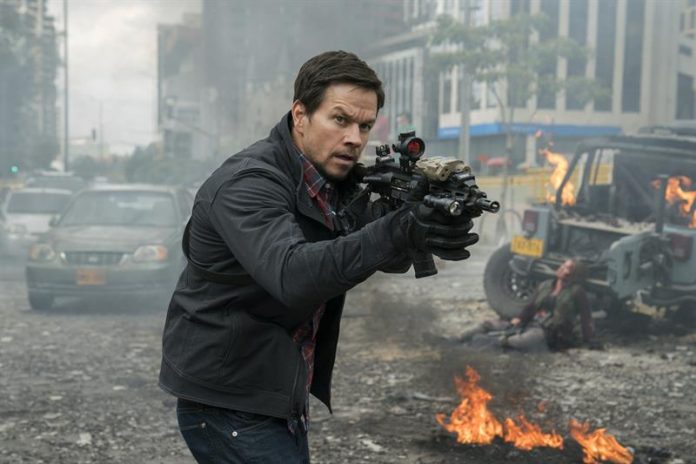 He earned more money than any other Hollywood actor in 2017, but the zeros in his account do not keep him awake and he just wants to continue “working hard”. This is how Mark Wahlberg presents himself, who explained to Efe that what he is most interested in is continuing to expand his work as an interpreter and producer.

“I do not know how they determine ‘who won what’, but I do know that I did not open my bank balance to anyone,” said the actor, who this week premieres the action film “Mile 22”.

“But, you know, I’m just grateful to be in a place, for which I’ve worked hard to get there, where I can get the films I want done, so I keep a low profile (…). many projects that I want to do, some of which I want to finance myself (…) I just keep working hard and I do not worry about any of those things, “he added.

Wahlberg (Boston, 1971), who with tapes like “Transformers: The Last Knight” or “Daddy’s Home 2” entered 68 million dollars last year to lead the list of Forbes of the highest paid actors in 2017, now heads the cast of “Mile 22”, a feature film in which he appears accompanied by Lauren Cohan, John Malkovich, Ronda Rousey and Iko Uwais.

“Mile 22” focuses on a special forces team that must move a valuable source from the US embassy in an Asian country to an airport, a plan that dozens of enemies will try to thwart.

Without much room for distractions and a convulsive international backdrop as a backdrop, “Mile 22” offers an hour and a half of pure action, almost like a videogame in which the hero is passing phase after phase, and is the fourth collaboration of Wahlberg with filmmaker Peter Berg after “Lone Survivor” (2013), “Deepwater Horizon” and “Patriots Day” (both 2016).

“We have a unique bond, we love each other, we love working together and we work very well together, Peter is a really talented guy who was also an actor first, so he really creates an environment for the actors that I think you can be as creative as possible, “said Wahlberg.

Producer, in addition to the protagonist of “Mile 22”, Wahlberg dedicated words of praise to Colombia, a country in which part of the film was shot: “It’s incredible, everything.”

“I encourage anyone who is thinking of working somewhere in South America to go to Colombia to shoot,” he added.

Serious, almost shy, formal and very correct in the short distances, Wahlberg has moved away from his turbulent young years, in which he had problems with drugs and the law, and now sells a public image of a perfect father, able to get up 3 o’clock in the morning to go to train and that bases its life on the catholic ideals.

In this sense, his role as James Silva in “Mile 22” can not be more different from the artist, since he is an impulsive character, a bit bigmouth and always at the top of revolutions.

Wahlberg pointed out that Silva was going to be one of the villains, although he eventually became the star of the film.

“But even so I had that kind of energy and intensity and kept walking on the fine line of ‘good guy, bad guy’, ‘I do not give a fuck, I do my job’ and ‘I do not answer to anyone’, that I liked a lot That was very attractive to me, “he said.

Nominated twice to the Oscar and having worked with filmmakers of the likes of Paul Thomas Anderson (“Boogie Nights”, 1997) or Martin Scorsese (“The Departed”, 2006), Wahlberg also addressed the controversy over “All the Money in the World “(2017) by Ridley Scott.

After dozens of sexual assault allegations against Kevin Spacey will force him to re-record part of the movie with Christopher Plummer as a substitute, it came out that Wahlberg had charged $ 1.5 million for shooting those new scenes in front of the less than a thousand dollars her co-star Michelle Williams had received.

The interpreter, who finally donated those 1.5 million dollars to the legal defense fund “Time’s Up,” said that actresses do “an incredible job” and that they should be “compensated” fairly.

“For a long time it has been unfair and I think it is time for people to begin to recognize the value they bring,” he concluded.