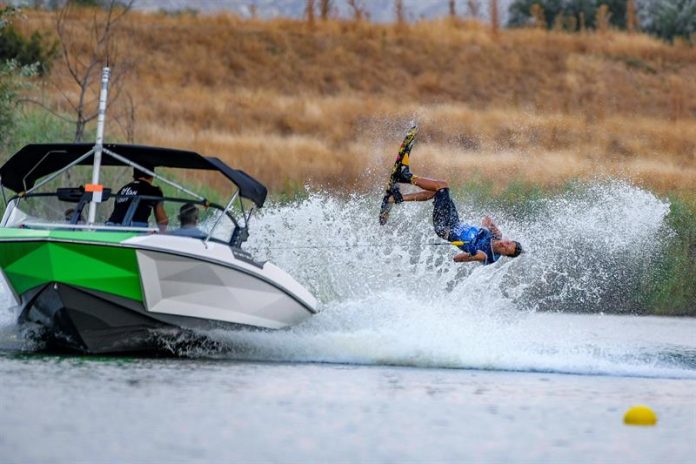 The Mexican Patricio Font has achieved the world record in the form of figures in the preliminaries of the Junior World Championship of Nautical Skiing that is being developed in Seseña (Toledo).

Font has obtained 10,790 points in the mode of figures, which puts him 200 points ahead of the current junior world record (10,550 points), as reported by the organization today.

The center Waterski & Wakeboard Complex of Seseña welcomes from Thursday, the 2nd World Championship of underwater skiing, in which 130 athletes from 27 countries who will compete until tomorrow, Sunday, in the slalom modalities, have registered. figures, jumps and combined.

Yesterday the second phase of preliminaries in slalom and figures was held, where Patricio Font made the world record, while in the female category the Canadian Nelly Ross reached the highest score (8,290 points) although it was far from its usual marks.

In the preliminaries of the men’s slalom final, the Colombian Federico E. Jaramillo won the first position, followed by the French Nicolás Rousselot and the South African Nicholas Stegmann.

The championship will continue today, with the last qualifying series of slalom in the morning and the final of figures in the afternoon, and tomorrow will follow the remaining finals and will be the awards and closing ceremony.

The organization has also highlighted that the day yesterday was the protagonist of high temperatures, over 41 degrees at some times, which hindered the participation of athletes.