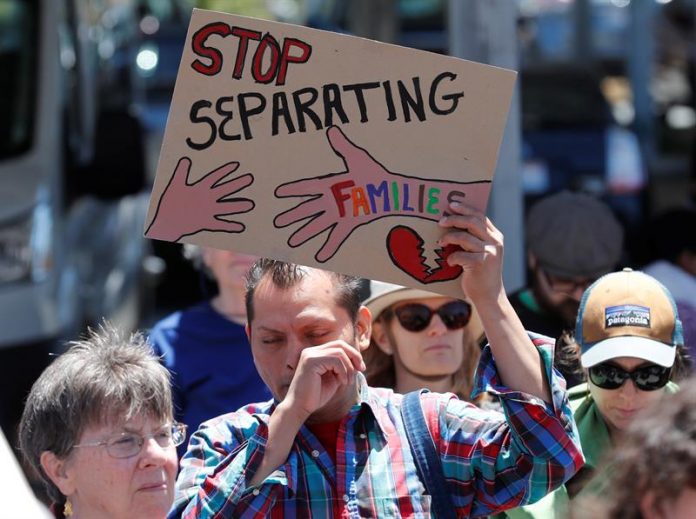 Of about 500 immigrant parents who were deported from the US without their children, only a dozen have been located, a reunification plan was presented today to federal judge Dana Sabraw, who presides over the lawsuit against the Donald Trump government over the separation of these families.

Lawyers for the American Civil Liberties Union (ACLU), which filed the complaint, requested more information from the government on returnees to expedite the reunification process for children still in shelters.

The plans for reunification presented today, both by ACLU lawyers and those of the Department of Justice (DOJ), will be discussed this Friday in court.

The magistrate of San Diego (California) has asked the Trump government to focus its resources on gathering as soon as possible about 500 fathers or mothers who because they were not in the country could not opt ​​for the immediate reunification ordered by that court.

The lawyers of the US Government they indicated that they are in contact with both the State Department and officials of the countries to which they were repatriated immigrants within the class action lawsuit to “determine the best way to complete these reunifications.”

Although, the ACLU is willing to collaborate to locate these parents, considers that the Trump government must assume most of this task.

“It was not only the anti-constitutional practice of government separation that led to this crisis, but the US government has much more resources than any non-profit group,” the ACLU said.

Government attorneys have asked that the plaintiffs help with their contacts to locate members of the class action lawsuit who are now in their countries of origin.

For its part, the ACLU proposes that once this happens and confirms the desire to return with your child, a maximum period of seven days for the reunion is set.

This reunification could take shape in two ways, according to that organization.

In case the father does not want to return to the United States, the government must take care of the travel documents so that the child can be transferred in the company of a social worker to his country of origin.

If the father prefers to travel for his son, the ACLU asks that the government grant them a humanitarian visa and cover the expenses of the two flights that this entails.

The dispute continues to be about how many details the government must give to each immigrant who has already been deported to find his whereabouts.

While the federal administration insists that it has already provided sufficient data, such as dates and addresses given to it by the parents at the time of deportation, the ACLU maintains that they do not help.

As an example, they cite some of these data as “street without a name” or just the name of the city.

For this reason, they asked the judge to order telephone numbers, information on whether the children in custody of the Office for the Relocation of Refugees (ORR) have been in contact with their parents, and that it is necessary in the cases in that they speak an indigenous language, among other requests.

In a past hearing, government lawyers warned that complying with this type of request would take time, which could best be invested in the reunification itself.

On the other hand, the ACLU reiterated that it requires more information to corroborate the cases of parents who were classified by the administration as “not eligible” for reunification.

Meanwhile, the federal government reported, although without giving numbers, that since its last appearance in court they have handed over more children who were in care and whose parents had been released from the custody of immigration authorities.

The lawyers of both parties will return Friday to federal court to clarify the reunification plans before Judge Sabraw.