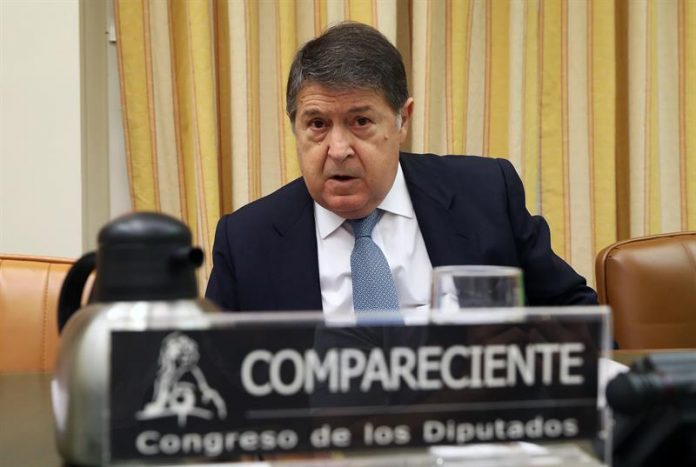 A Spanish judge today proposed to judge several former bank managers in the Valencia region (eastern Spain) for a case of “embezzlement”, with a loss of 750 million euros (875 million dollars at current exchange rate), caused by of loans granted to the Grand Coral project in Mexico.

Specifically, it concerns the former presidents of Bancaja and Banco de Valencia José Luis Olivas and Antonio Tirado, respectively, and another 46 people, according to a ruling by Carmen Lamela, known today.

The judge of the Spanish National Court receives “sufficient evidence” of a supposed unfair administration and money laundering by the defendants.

Between 2005 and 2009, the former bank directors acted as “financiers” to economically favor, in a systematic and unjustified way, several entrepreneurs, included in the same cause and promoters of a project that required very diverse investments in Mexico and of “enormous magnitude economic “.

The judge emphasizes the active role of Olivas in this plot, as he not only knew, but encouraged the disbursements to the three businessmen, the Spanish hoteliers Juan Vicente Ferri, José Salvador Baldó and Juan Poch.

These, the judge adds, paid the former president of Bancaja up to fourteen trips to Cuba for leisure reasons.

Lamela follows the criteria of the Office of the Prosecutor, which also charged members of the board of directors who voted favorably on the agreements relating to the Grand Coral group, the acquisition of the Zacatón and Piedras Bolas properties in Baja California, and Vinoramas, on the Riviera Maya, as well as in the refinancing of the group’s debt.

Among the suspicious transactions, the judge highlights the project Zacatón and Piedras Bolas, in which the hoteliers obtained an unjustified capital gain of 138.8 million dollars paid by Bancaja and Banco de Valencia.

That money was allegedly transferred to their accounts in Andorra in a maneuver that could be money laundering, and in which other former directors would be implicated.

“In all of them it is proven that the top leaders of Bancaja and Banco de Valencia allowed in some cases and sponsored in others an authentic embezzlement operation”, according to the magistrate.