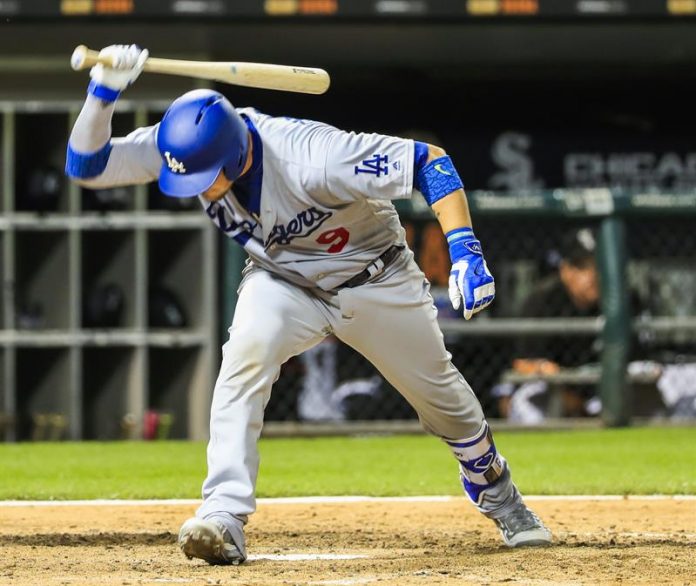 Complete protagonism of the Latin American baseball players with their offensive contribution in the Major League Baseball day, in which a Cuban, two Venezuelans and a Dominican stood out after throwing all of them out of the park twice.

Grandal doubled the wood with two home runs, including one that sealed the Los Angeles Dodgers’ 6-4 win over the Milwaukee Brewers in the tenth inning.

Grandal (19) sent the ball to the street in the tenth with a runner ahead to overcome the work of closer Matt Albers and sealed the victory of the ninth in Los Angeles.

In the fifth inning Grandal hit his first homer of the night by punishing starter Chase Anderson, lonely, with no outs in the episode.

Starter Alex Cobb worked six innings and the Baltimore Orioles outscored the New York Yankees 5-7, who had Torres with a pair of homers.

For the Yankees, Torres (17) blew the whistle a couple of times to connect in the second, alone.

In the ninth the Venezuelan returned to disappear the ball against the shots of closer Mike Wright, with two runners.

Torres, who hit 2 of 4, drove in four runs and scored twice.
Gonzalez sent the ball twice to the street and the Houston Astros won 3-8 at home to the Seattle Mariners.

Gonzalez (8) hit two full-back shots, initiating his attack in the second against starter Wade LeBlanc, with no runners ahead, when two outs were recorded at the entrance.

The Venezuelan returned to face LeBlanc in the fourth, and he threw the ball for the second time, without teammates in circulation.

For the Mariners, Dominican designated hitter Nelson Cruz (26) flew the fence in the sixth, alone, against Keuchel.

Starter Tommy Milone was seven innings on the mound and led the Washington Nationals to a 5-3 victory over the New York Mets, for whom Reyes hit a pair of homers.

For the Nationals, Dominican closer Kelvin Herrera (2) got a save in two hits, home runs and runs.

For the Mets, Reyes (3) sent the ball to the other side of the wall on two occasions to throw it in the fifth, alone, and repeated the dose of punishment in the eighth inning, also lonely.

The first Venezuelan baseman Wilmer Flores (10) punished with four-cornered hit in the ninth, lonely bambinazo, that did not change the losing history of his team.

The Venezuelan starter Carlos Carrasco was just over seven innings on the mound and led the triumph of the Cleveland Indians, who blanked home 0-2 to the Minnesota Twins, in a duel of teams of the Central Division of the American League.

To credit his thirteenth victory, the Dominican faced 25 batters with 101 pitches, 72 to the strike zone, and left at 3.66 its effectiveness.

The Brazilian receiver Yan Gomes hit the tug of the race that sealed the victory of the Indians in the ninth.

Venezuelan receiver Willson Contreras blew the whistle in the victory of the Chicago Cubs, who defeated the Pittsburgh Pirates 2-9 at home.
Contreras (9) threw it in the eighth over Dominican closer Ricardo Rodríguez, with a runner ahead, without outs.

Barreto (4) disappeared in the eighth, alone, when catching the closer Jake Petricka, when the pitcher registered the first out of the entrance.

Marc Gasol: “Our physical game has to grow”