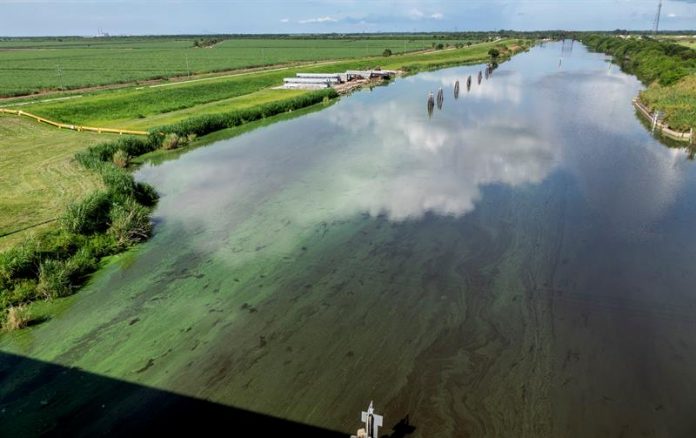 The federal and state governments today agreed to a $ 50 million investment for “critical repairs” of the dam surrounding Lake Okeechobe in Florida, whose poor condition has forced contaminated discharges into rivers and estuaries to prevent its overflow.

The money is added to another 50 million dollars that had already been approved this year by the state government for repairs to the Herbert Hoover dam, the Florida Governorate reported today.

To prevent flooding of the Okeechobee, in South Florida, the Army Corps of Engineers, which began to build the dam in the 1930s, has had to perform controlled discharges of water during the last rainy seasons.

The idea of ​​the works is to reduce “the need to release harmful water by allowing more water to be stored in Lake Okeechobee.”

The water of the Okeechobee contributes to the flowering of blue-green algae or cyanobacteria due to its high content of nutrients, product of the crops located north of the lake.

The flow of contaminated water from the lake, which runs east along the St. Lucie River and Estuary and westward along the Caloosahatchee, floods these waterways with rotten algae.

For its part, the Department for Environmental Protection (DEP) will provide $ 700,000 to Lee County, on the west coast of Florida, to combat the algae and eliminate it from several tributaries and channels along the Caloosahatchee River.

“I’m glad that the federal government has finally provided funds to fix the dam, however, more must be done,” said Governor Rick Scott.

The construction of containment barriers in Lake Okeechobee began decades ago when the rains brought by two hurricanes left thousands dead due to flooding.

Walker and the Yankees gain ground for the finals