The publication of a cookbook in which a dairy company in New York is attributed the paternity of the sweet and traditional Key Lime Pie (cake of lime) of Florida has put in foot the war masters of the Keys, who claim their unappealable Floridian origin.

Experts and cooks of this tourist archipelago that are the Florida Keys, in the extreme south of the state, consider a daring that borders on blasphemy to question its origin.

And the Key Lime Pie is the symbol of Florida. To the point that in 2006 was designated by the legislators the official cake of the Floridian peninsula.

But a new cookbook (“BraveTart”) published by the famous American cookery teacher Stella Parks disputes that this creamy and refreshing cake made from limes was invented in Key West at the end of the 19th century.

Stella maintains in her book that the recipe for the lime pie was created in 1931 in a laboratory of the dairy company Borden of New York with the aim of selling more condensed milk, a theory that considers erroneous and emphatically dismisses the gourmet and cook of Florida Dadid Sloan.

Sloan, author of “The Key West Key Lime Pie Cookbook”, has taken his defense of the Floridian identity of this dessert to request in their Facebook account the inhabitants of the Keys data and recipes that serve to compile definitive information about their origin.

The book of pastry recipes of Parks, winner this year of the prestigious James Beard Award, notes that the lime cake of the Keys is a simple variation of the formula “Magic Lemon Cream Pie” published by Borden in 1931, collected the newspaper FLKeysNews .

“It turns out that the lime meringue pie may originate from Key West, but the lime pie was born on Madison Avenue,” Parks says in his book.

But Sloan and many residents of the Keys counterattack with the version that was at the end of the nineteenth century a cook of the millionaire William Curry, known as “Aunt Sally”, who made for the magnate the first lime cake in his residence Key West (Key West).

Sloan argues that a recipe for this dessert found in Curry’s kitchen pantry corroborates its earlier origin than that created by Borden. 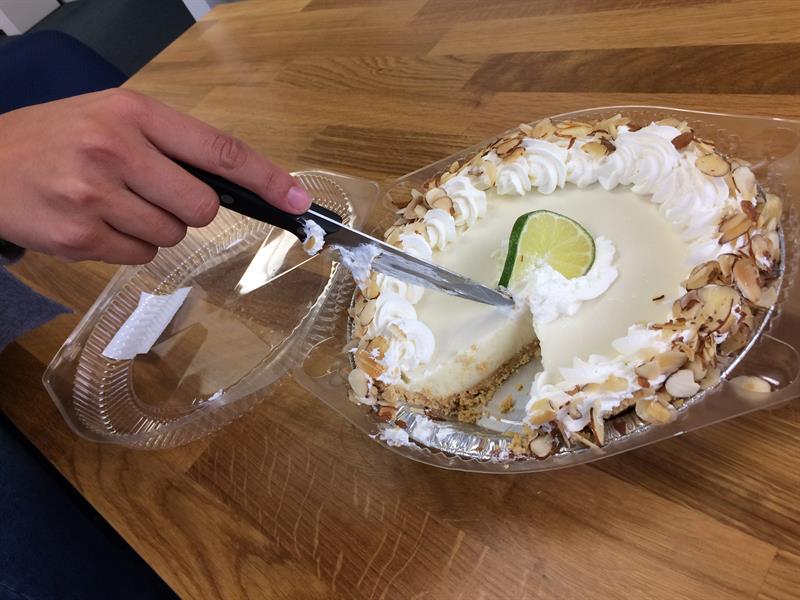 In fact, the historical home of the millionaire built in 1869 in Key West is today an attractive hotel of 28 rooms, the Curry Mansion Inn, where the guest discovers the link of the place with the lime cake.

“Most of the stories agree that it was in this kitchen where ‘Aunt Sally’ created the Key West Pie, now we have reason to believe that she was Sarah Jane Lowe, wife of William’s oldest son, Charles,” says the hotel. in his web page.

However, documenting the theory that makes “Aunt Sally” the creator of the recipe is a problem so far unresolved.

For his part, Parks said Tuesday that “I would appreciate receiving any proof that the lime pie originated in the Keys”, but so far, and after reviewing recipe books and cooking treaties, “has not found any printed record” that confirms the theory of its Floridian origin, added the South Florida media.

“If anyone has found concrete evidence that canned condensed milk was used in a lime cream without cooking before 1931 … I will celebrate the discovery!” Said the cook, who explained that she consulted with the historian Tom Hambright, Key West, before defending the New York origin of the recipe.

Hambright, head of archives at the Monroe County library, was unable to provide a local recipe for the Key Lime Pie before that published in 1949 by Woman’s Club magazine.