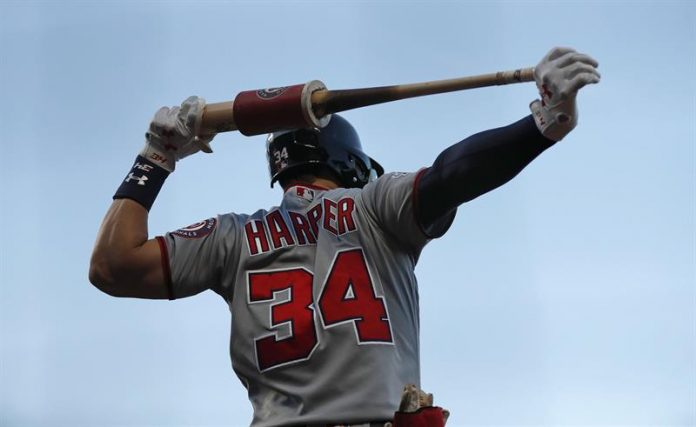 Rangers Bryce Harper and Juan Soto sent the ball into the streets in the victory of the Washington Nationals, who outscored the Milwaukee Brewers 3-7.

Harper (25) hit back in the fifth inning with two runners ahead.

While Soto (11) punished in the sixth inning the Dominican starter Freddy Peralta without teammates ahead, without outs in the episode.

The victory was achieved by starter Tanner Roark (4-12) to throw eight innings, allowed three hits, gave a base and retired 11 batters.

For the Brewers the Venezuelan Ranger Hernán Pérez (7) punished with quadrangular with two runners ahead on the services of the relay Sammy Solís.

The defeat was carried by Peralta (4-2) in six innings, he accepted four hits, two homers and seven runs.