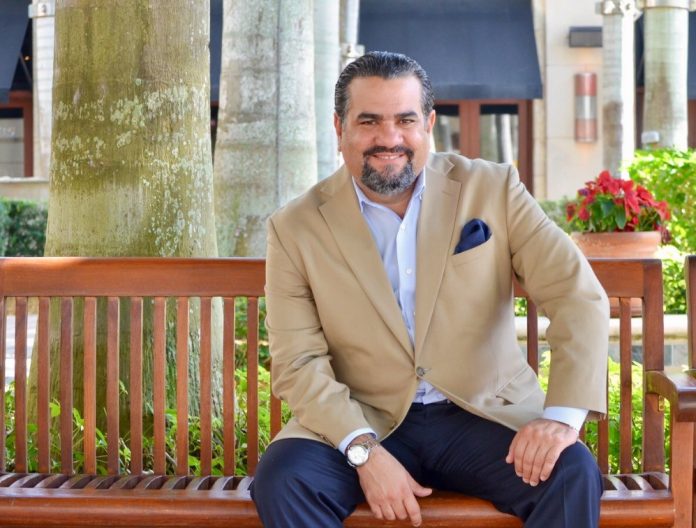 Excluding the natives and even the colonizer of the hemisphere, to coincide with popular current historians, every person living in the United States of America today, or even anyone who lived here long before the nation had that name, came to this territory, courted by an aide-de-camp. An accompanying immigrant, with a similar face. Optimistic. Measured Curious. Needy. Naive. Generous.

The one he carried, he had also been brought here by another like him or her. Escorted by the recommendations and encouragement of a second and even a third. A sponsor who, at the time, upon arrival, on the mount of a good Samaritan who knew how to recognize the opportunities offered by this land, and as a refuge for his neighbor, paid the favor of the information, sharing it forward. Teaching others, the reasons for coming to America and the ways they could reach these lands.

Convinced are left. From the pilgrims of that time, to the persevering homeless of now. For the tabulated of his reality, he had given him the sums of his options and his state, and there he only found red. A total, where your accounts confirmed that the order of the addendums would not alter the product of your reality. That his hope was null. That his future was uncertain. That his resources had been revoked. Well, it’s not grown-up, leave the causes to fate. And knowing that starting from scratch was not a sentence, but an opportunity. That is why they understood, that letting go, would not detract from their situation. The conjuncture of blind carambolas would come with the liberation of its interior and in accordance with the explanation that is due to the soul. Sometimes not even for himself. And on all occasions, in favor of the generations to come.

In most cases, it is a relative who serves as a channel. But in equal of times, also it has been a friend, a neighbor or a benevolent one, that illuminated with reason, the sensations that sometimes do not prevail. And in my case it is no less different from everything that came here. The immigrant who brought me did the diligence without knowing who I was, much less knowing if he would be born.

Altagracia Alida, pretentious but timid explorer, voluptuous but subtle, docile but full of firm convictions, left Tamboril, where she was born, to Santiago where she grew up; and from there to the Capital where he lived, to then go to New York where he dreamed. And he did it all, without burning the ships like Cortés, just like every Dominican who has left the island. He left his mind and soul, and brought the body, carrying a bag full of chimeras and illusions.

The pilgrim arrives at the unknown cold, at forty-odd, at the beginning of the 60s. Via Canada, where we could enter the United States before the Dominicans. It came with an age, which for the time, represented the closing of the useful life and the great changes, for any single woman with four children in the Homeland. That sacrificed and loving neighbor who, until a few months ago was a micro-business of cuts of fabrics and clothing, came to the country of opportunities, wooed by another like her who was also willing to start from scratch.

Limited by language and preparation, like most of those who bring others, I could only count on the heroic gift of the survivor. Already here, the noble Dominican immigrant, keeps the pride in the portfolio, and starts his new life, conquering as Velásquez, the most difficult of the encomiendas of life, taking care of the children of others, while his mother watched over the her. Justifying the illusion that can only bear the maturity that certifies you, it is time to bring an amount to what seems to be traced as a life unfulfilled, to acquire value by helping others to fulfill theirs. Trasnoches and trasdías of sacrifices, between works of factory, sales of trinkets and swaps of idiots, survived. Rich in effort and in watching over others, element very consistent with the tenacious personality that everyone knew in it. An economic, emotional and family entrepreneur, whose vocation of life, had been to be, the harmonic consignee of the dreams of others.

That affectionate and silent warrior, would end up being my grandmother and the main fuel of my fantasies, efforts and inspiration. The confidant that every man longs for. The woman for which I have always wanted to be a better thing than I am. And I his grandson and main standard bearer of the legacy of his advice and model of life. One that has served to confirm that, who gives, it must do in exchange for nothing.

There are many decades of winters and summers that we have gone far from the half island, from that flight that bordered the statue whose flame is still fanned by the winds of prosperity. We are already three, the generations that live today in the United States. High grace, he managed to bring his two warrior daughters and two laborious men, who in turn, undertook their own projects and aspirations. Just as he came to this territory, courted by an aide-de-camp, everything before them, they arrived and will continue to arrive.

Documented or not. In airplanes or in boats. On the tops of trains or on foot. With coyotes or yoleros. Crossing the deserts of Mexico, the hills of Central America or waves of the Caribbean. Everyone will keep coming to start from scratch. Crawling crumbs and saving lashes. Risking life Hurrying the past. In search of being seen as heretics. Excited by a similar. Motivated by an echo. In the end they all arrive. In the end they all leave. Optimists Measured Curious

The Samaritan woman who brought us, raised candles and left our lives this week. He never told us about his sobs or his hardships. But if the value of being detached. And his last gesture confirms it. He gave the necessary conformity, for us to overcome the pain of his absence. And smiling we remembered how he was able to delight fruits not promised. He saw all his seven grandchildren become serious, good and dedicated professionals. And attached to them, ten great-grandchildren who promise to become the fabric of the idea of ​​America. They will not have to think about burning ships, or starting from scratch.

What is left to those watchmen of the next, is the awareness of the sacrifice made by the matriarch. Framed in the brushstrokes that define a being, as noble and grateful. It reminds them that they are and always will be Dominicans. Loaded all, of an infinite bag full of chimeras and illusions. What should they give, for nothing in return. That they must remember their place. Live with the body here and the mind there. And ready to provide the payment of favor, sharing forward the promise of the possible. To another in need. To another naive. To another generous one.