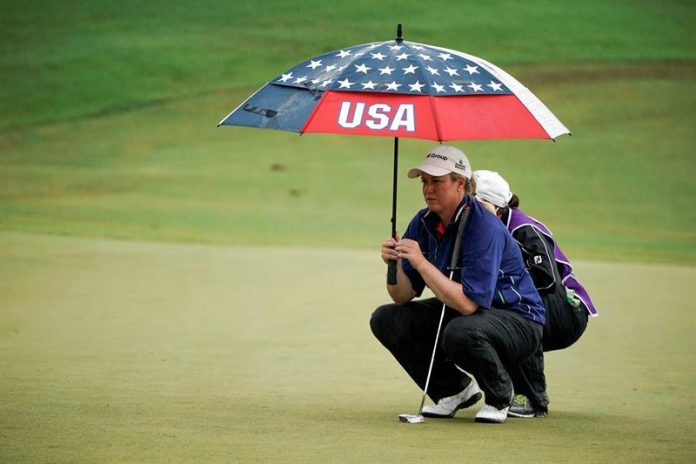 The American Brittany Lincicome became today the sixth woman to dispute a tournament of the professional male circuit (PGA), to make her debut at the Barbasol Championship, which takes place at the Keene Trace Golf Club, Nicholasville (Kentucky, United States).

The player from St. Petersburg (Florida), 32, added her name to the legendary Babe Zaharias, Shirley Spork, Annika Sorenstam, Suzy Whaley and Michelle Wie in a small list of women who have shared competition with men in the world of golf

Despite the applause and encouragement with which he entered the field, Lincicome signed a terrible card in his debut, with two ‘bogeys’, a double ‘bogey’ and even a triple ‘bogey’ for a single ‘birdie’ hooped, to total 78 impacts (+6).

Without having yet completed the first round, in which the provisional leader is his compatriot Troy Merritt, with 62 (-10), Lincicome occupies the third-last place in the classification, having very complicated being the second woman to pass the cut in a men’s tournament, as Babe Zaharias did in 1945.

“If my driving with the driver is like today and I can only improve something with the putt, I think I’ll be in a good shape again,” Lincicome said in statements published on the official website of the PGA circuit.

On his debut in a men’s event, he defined himself “much quieter” than he imagined he would be and said he “loves to play with men”, since “it’s much more fun to be on the field with them.”

The Barbasol Championship, which takes place until Sunday 22, distributes 3.5 million dollars in prizes.