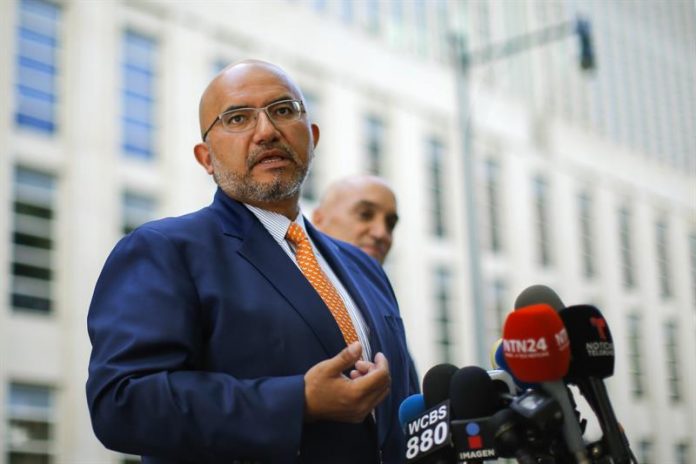 Eduardo Balarezo, attorney for Joaquín “El Chapo” Guzmán, today asked the president, Donald Trump, to do “something” for the release of his client, who remains in custody in New York accused of 17 crimes as leader of the Sinaloa cartel.

In a message on his Twitter account, Balarezo, paraphrasing a message from the president in the same social network, considered a “total shame” that the United States “does not release the respected Mexican farmer ‘El Chapo’ Guzmán from the prison.”

The lawyer argued that Guzmán “takes too much time hostage” and said that Trump “should do something to free this wonderful Christian father and husband.”
“He has not done anything wrong, and his family needs it!” He added.

In the original tweet, Trump asked his Turkish counterpart Recep Tayyip Erdogan on Wednesday for the release of the American Protestant pastor accused of terrorism in Turkey, Andrew Craig Brunson.

“It’s a total shame that Turkey does not release the respected American pastor Andrew Brunson from prison, he’s been held hostage for too long, Erdogan should do something to free this wonderful Christian father and husband, he’s done nothing wrong, and his family needs him! “Trump said on Twitter.

The petition came on the same day that the Turkish Justice decided to keep Brunson in preventive detention.

Last Monday, a court in New York agreed to postpone for two months the start of the trial for drug trafficking against Guzmán, which is expected to begin on September 5.

The decision responded to a request presented on July 7 by Guzmán’s defense “due to the prosecutor’s recent production of more than 117,000 recordings and thousands of other pages that must be reviewed to be ready” for that process.

After hearing the decision, Balerazo said on Monday that Guzman is “very disappointed” that the judicial process against him is postponed for only two months.