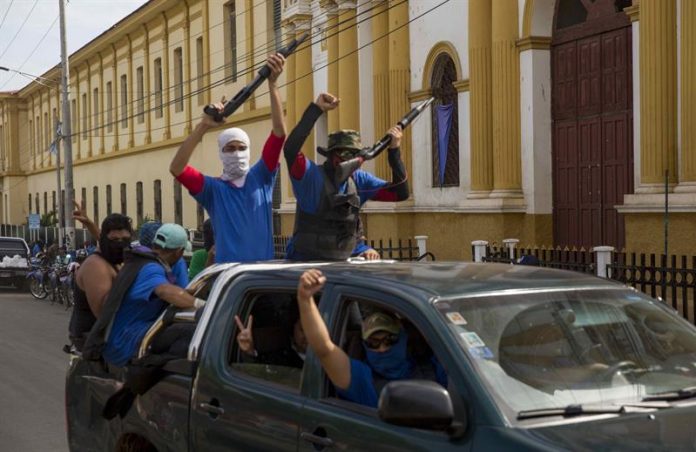 State said today that the assault on the city of Masaya in Nicaragua by the forces of the government of President Daniel Ortega is “another clear example” of the president’s desire to “hold on to power.”

“Yesterday’s attack in Masaya is another clear example of Ortega’s willingness to cling to power without caring about the price the Nicaraguan people have to pay,” State Department spokeswoman Heather Nauert said at a press conference.

The official criticized with vehemence that the Executive sent on Tuesday to the forces of the order and “armed groups” related to Ortega to Masaya with the objective of retaking the control of the streets, an operation in which, according to Nauert, they lost the life to the minus three citizens.

Likewise, the spokesperson expressed her satisfaction at the fact that the international community is clearly positioning itself against Ortega and thanked the Episcopal Conference of Nicaragua for its efforts to “resolve the current conflict, restore respect for human rights and achieve a better future.” ”

“We appreciate the mediating role of the Church, however, we are concerned that its members who are working to end the conflict are suffering attacks, both physical and their reputation, by the Government of Ortega and its followers,” denounced Nauert .

Finally, the spokesperson urged the Nicaraguan Executive to call elections so as to put an “immediate” end to the wave of violence, which has claimed the lives of at least 350 people since the protests began in April.

This petition was added to the resolution approved today by the Organization of American States (OAS), which asked Ortega to “support an electoral calendar” agreed upon in the national dialogue, mediated by the Catholic Church, in a formula that seeks early elections as way to get out of the crisis.

Vice President Mike Pence applauded this initiative and said he was “proud” that the Inter-American agency “has taken a firm stand against violence sponsored by the State of Nicaragua.”