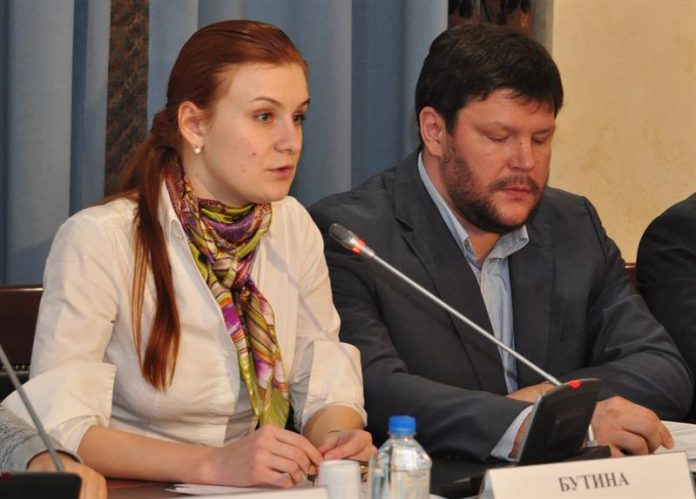 Offering sex in exchange for advantages in an espionage operation, closer ties with a powerful defense group of weapons or the use of the Google translator to contact sources were some of the techniques used by Mariia Butina, the alleged Russian undercover agent arrested.

The goal of Butina, a Russian citizen who did not hesitate to put her body and sexual services on the table to obtain a position in an organization that would facilitate her objectives, was to favor the interests of the Kremlin in the country, as extracted from the judicial documents based on FBI investigations.

With a long red hair, Mariia Butina acceded Wednesday to the courtroom of a federal court in Washington, where she pleaded not guilty to a crime of conspiracy and being an undercover agent for a foreign power, although she was finally sent to preventive detention.

The defendant heard in the first person the story of the accusation dressed in the classic prison orange jumpsuit and a restlessness that concealed his cold face but not his hands, which did not stop playing with an aquamarine pen.

In arguing the case, which caught the attention of hundreds of journalists who attended, the Government managed to sensitize the judge of his fears about a potential escape of Butina, who faces fifteen years in prison.

According to a memorandum submitted by the Department of Justice, the alleged Russian spy had woven a network of influential contacts in the country to benefit the Kremlin, a task for which he initiated a romantic relationship with one of his American contacts, with whom he lived. .

The investigators verified that the romance was only a procedure within the supposed operation of Butina, who in exchanges of messages with other subjects had spoken his apathy for having to live with that person, context in which the accused came to offer the aforementioned services to another individual in exchange for a position in an organization with influence.

From this document it is also extracted that the defendant began to speak from Russia with this American in 2013.

Subsequently, it used a tool from the technological giant Google, specifically its translator, to start conversations in English and present a “project proposal” to the 2016 elections.

Butina had begun her work in Russian territory, but in August 2016 she moved to Washington with a student visa, allegedly requested as part of the Kremlin network, at which time authorities began to track her.

Before and after entering the country, Butina, who supposedly worked for a senior Russian official, wove a network of influential contacts in politics that led him to the most powerful weapons lobby, the National Rifle Association (NRA). ), before which she presented herself as a Russian activist in defense of the right to carry these contraptions.

Butina, 29, can be seen posing in pictures with the leadership of this pressure group and with the Republican Party – of which President Donald Trump is a member – with whom he sought to establish informal communication channels ahead of the 2016 presidential elections. , according to the accusation.

In 2015, during a rally in Nevada, Butina asked the then nominee for the Republican nomination Donald Trump from the public about his position on relations with the Kremlin, which the magnate said he would “get along with Putin.”

The results of the investigations, the government said, show that the detainee maintained links with alleged Russian intelligence agents and with oligarchs connected to the Kremlin Presidency.

During the hearing, the executive team of the Executive showed an image of Butina in which he was seen in a restaurant with an alleged Russian spy and another photograph in which he appeared near the Capitol during the inauguration of Trump in January 2017.

Butina’s arrest broke out as Trump and his counterpart, Vladimir Putin, held their first bilateral summit in Helsinki on Monday.