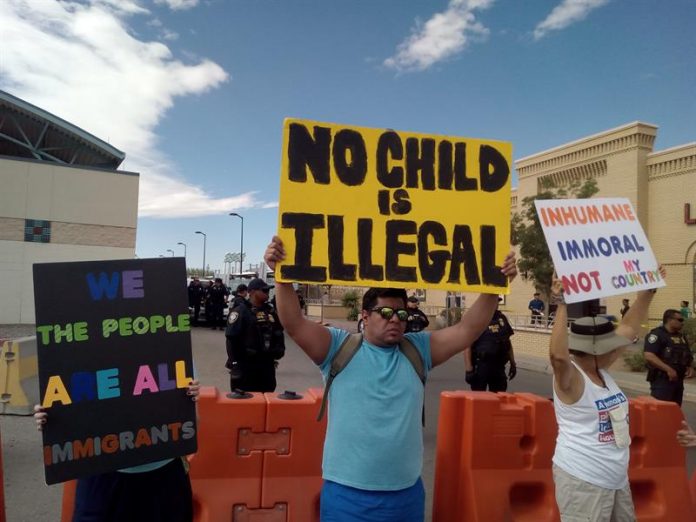 Within a week of the deadline to reunite families of undocumented persons separated at the border, Judge Dana Sabraw shortly ties the Trump Administration to the request for continuous reports of his progress and orders that counter his rush to deport these parents and children. immigrants

Since in June he ordered the Donald Trump government to reunify the nearly 3,000 children who were separated from their parents after crossing the border with Mexico as part of their policy of “zero tolerance” with illegal immigration, Sabraw has not yielded to the White House’s attempts to delay the process.

Although the magistrate has considered that the federal government acts “in good faith” to obey his mandate, he has not hesitated to stress that the dates he established to gather all children with their families for the next day 26 are “firm.”

To avoid deviations within this period, and after the Government failed to deliver the 103 children under the age of 5 to their parents last week (only 57 were reunified), Sabraw has filled the calendar of follow-up hearings.

In addition to the one held on Monday, the judge established hearings to monitor the progress of the Government for the next days 20, 24 and 27, day in which he expects the executive to inform him that they have complied with his orders and has delivered the minors

To achieve this, the Government is working against the clock to deliver 2,551 children between the ages of 5 and 17 before July 26.

And in all these appointments the Government has come out with bad news and reproaches from the judge, as when on Monday described as “irritating” comments by Chris Meekins, a senior official of the Department of Health and Human Services (HHS), warning that by speeding up this process minors were put at risk.

Same scenario when the judge ordered to temporarily stop the deportations of newly reunited families so that they had more time to analyze their judicial options.

The government hinted that this could slow the process given the lack of space to house so many families in detention, but Sabraw was emphatic that any delay “is not an option”. “If space is a problem, the government will have to make room,” he said.

“The judge has made it clear once again that the government took these children unconstitutionally and now must do everything within their power to reunify them safely and within the term,” said Lee Gelernt, lawyer of the American Union of Freedoms Civilians (ACLU).

The judge, assigned to the federal district court of Southern California in 2003 by Republican President George W. Bush, is of immigrant origin, since his mother is Japanese. He is married to the also conservative and newly elected San Diego County prosecutor, Summer Stephan.

Those who know his career consider him to be the ideal person for a case of this relevance.

“He is a fair person, very reasonable, he does not make decisions lightly, but he studies the law, the arguments of both sides,” said Jesse Navarro, recently retired after a career of more than four decades in the security area. public in San Diego. “He is always on the side of what is right,” added the exvozer of the County Prosecutor’s Office, who has known Judge Sabraw for 15 years.

In the opinion of lawyers the American Civil Liberties Union (ACLU), the plaintiffs, was that the judge was fully involved in the case and said he would be vigilant when he began to see a “progress” on the part of the Government.

And it is that for human rights activists this case brought to light the absence of a reunification plan. For proof, they point out, there is the fact that there are more than 70 children whose whereabouts are still unknown to their parents.

“This indicates that it was already a plan not to reunify these families, to simply separate them and that is the most worrisome,” said Benjamín Prado, an activist of the Committee of American Friends in San Diego, who has celebrated that, once again, it has been a court to stop Trump’s anti-immigrant policy.