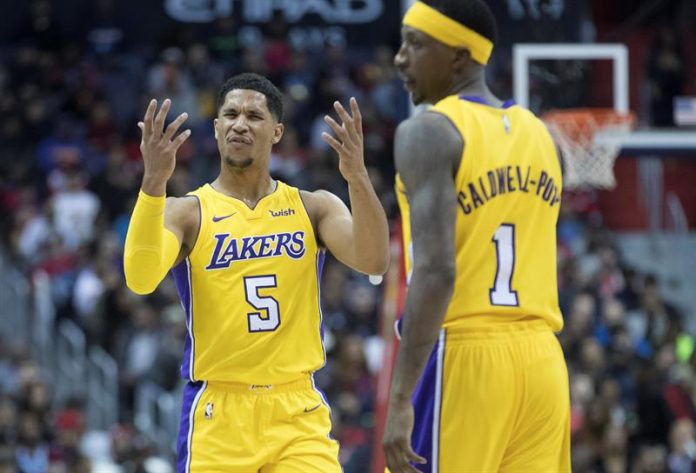 Los Angeles Lakers base Josh Hart has been named Most Valuable Player (MVP) of the Las Vegas Summer League.

Thus, it is the second consecutive summer that a base of the Lakers is raised with this designation, because in 2017 it was Lonzo Ball, then recently drafted by the team from Los Angeles, the chosen one.

Hart scored 37 points and nine rebounds in a semifinal with two extensions over Cleveland, which he won 112-109 on Monday.

In his second season with the Lakers, Hart came to the title match, which is played today against the Portland Blazers, averaging 24.2 points, 47.1 percent of pitches, 5.2 rebounds and 1.5 steals in six games.

Hart has been perfecting his skills under the guidance of technical assistant Miles Simon.

After incorporating LeBron James, Rajon Rondo, Lance Stephenson and JaVale McGee into free agency, the Lakers are confident that Hart will be one of the promising youngsters from the perimeter.

Rob Pelinka, general manager of the Lakers, identified Hart, who scored six of 15 triples in the win over Cleveland, as one of the reasons why the Lakers did not pursue a free-kick specialist in free agency.