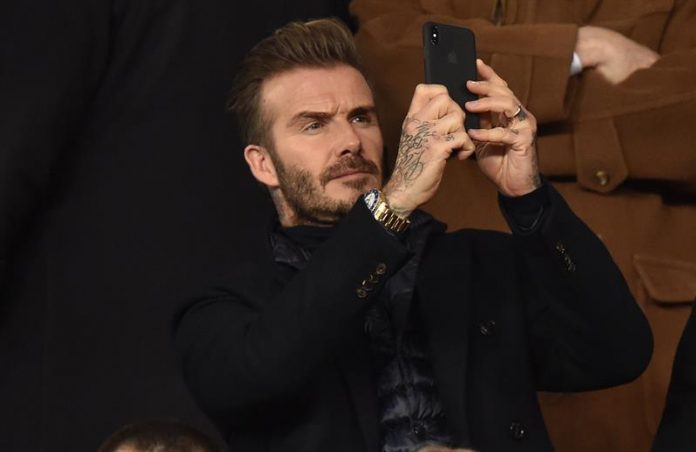 After hours of testimony, presentations and debates, the Board of Commissioners of Miami agreed today to postpone for six days the vote on the project of the future stadium of the football team of this city, headed by the English ex-football player David Beckham.

Today’s agreement throws more suspense on the future of the longed for project of the exjugador, who hours before appearing before the commissioners of the city assured several supporters: “Whatever happens, we will come to Miami.”

Accompanied by his partners, the British addressed a hundred young people to record their commitment to this city of South Florida.

“The reason we bring football to this city is because we believe in you, in the children that are here, whatever happens, we will come to Miami,” said Beckham, on an improvised platform erected near the exterior of the City Hall .

The ex-footballer had launched an intense campaign this week to convince public opinion and, in particular, the commissioners of the city of Miami, about the suitability of the “Miami Freedom Park” project, a “technological” complex of more than 445,000 meters square, conceived as a “permanent green space” and with a stadium of 28,000 locations.

This site, which will include offices, shops and hotels, will be built on what is now the only public golf course in the city, the Melreese Country Club, located next to the Miami airport.

Today’s session at City Hall was attended by many who support the First Tee Miami educational program that takes place on that golf course, dressed in orange shirts and who showed their rejection of the proposal of the Miami Beckham United group, of which they are also part Jorge and José Mas, Marcelo Claure, Masayoshi Son and Simon Fuller.

Numerous voices, particularly from the golf community, rose in recent days against the project to defend, among other aspects, the youth programs that hosts this site, and managed to add 24,000 signatures against.

Jorge Mas is committed to keeping First Tee Miami on the site, albeit in a different installation.

Before the commissioners, Mas was the one who began the presentation of the project and stressed that for the construction of the complex the plan is to use only private financing, an aspect that differentiates it from Marlins Park, the headquarters of the local baseball team of the major league of this sport and for which public funds were used above all.

The project also includes more than 93,000 square meters of football fields for young people, which would be open to the public.

In recent days, Beckham made several appearances in the city, such as the surprise visit on Wednesday to Nicklaus Children’s Hospital or a meeting with fans to watch the World Cup semifinals.

“I’m not local, but this is becoming my home and it will become my home,” he said during his address at City Hall.

The commissioners must decide whether to reject the project or give the green light to hold a consultation in November, asking residents if they agree to amend a law on leases of public lands and dismiss the legal requirement of a tender public.

According to the proposal presented, the soccer club would pay 3.5 million a year to make use of these lands, and the partners will donate 20 million to the city to contribute to the activation of the park.