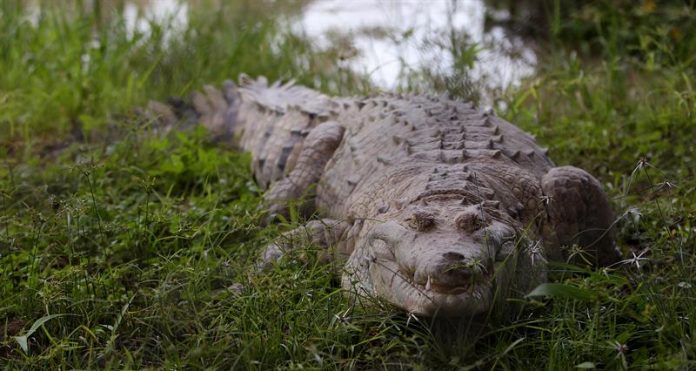 Police in the city of Venice, on the southwest coast of Florida, caught a 13-foot-long (4-meter) alligator in a park, which could be the largest one ever captured in 20 years in that county. authorities.

The six agents that captured him were photographed with the immobilized reptile, whose final destination was not facilitated by the nature conservation authorities.

A video also released by the Sarasota County Police shows the giant reptile with duct tape around its jaws the moment it is taken out of the water in Shamrock Park.

These summer months have seen an increase in the number of alligators trapped by some type of incident, including the case of a woman who was walking with her dog across Lake Davie and died after being dragged into the water by a reptile, authorities added.

The captured caiman is now “part of an investigation” carried out by the Commission for the Conservation of Wildlife and Fisheries (FWC).

In June 2016, an alligator caught a two-year-old boy and dragged him into a lagoon, without the parents of the child, who lost his life, doing anything.

The fact, which caused huge commotion in Florida, occurred at a Disney resort in Orlando (center of the state).