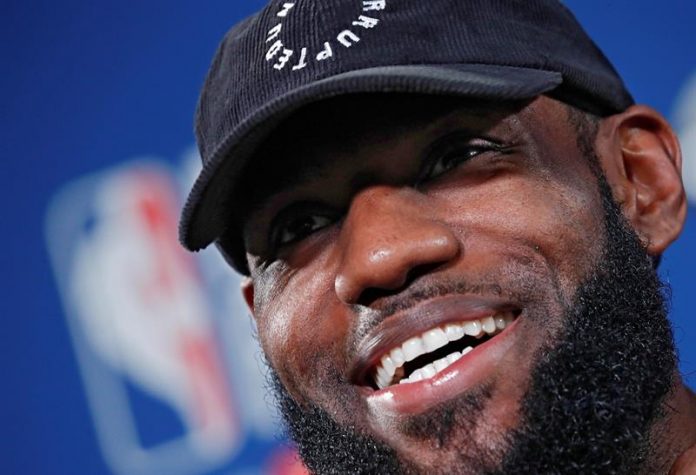 The star forward LeBron “King” James is since tonight officially new player of Los Angeles Lakers, the third team with which he plays as a professional, to sign a contract for four seasons and 153.3 million dollars.

After leaving the Cleveland Cavaliers as leader of the franchise in almost all important statistical categories and having fulfilled the promise to give them, in 2016, the first national title in the history of the franchise, James also officially said goodbye to his second stage in his hometown.

The representatives of James, in Klutch Sports Group, published a twitter with a photo of James signing his new agreement with the Lakers next to his agent Rich Paul and the general manager of the Los Angeles team, Rob Pelinka.

The arrival of James to the Lakers has made the Western Conference stronger than it already was and has placed the Angels team among the contenders to fight for the title.

James, 33, who has played nine NBA finals, including the last eight in a row, with three titles under his belt – two with the Miami Heat and one with the Cavaliers – will now seek to make history and complete his Legacy with a new title in the second most important dynasty in the NBA to own 16 championships, one less than the Boston Celtics (17), the best.

The president of basketball operations of the Lakers, the legendary Magic Johnson, said in a statement that James “is special and the best player in the world.”

Johnson praised not only James’s sports figure, but also his career as an exemplary leader within the community who has always raised his voice to help the needy and end injustice and discrimination.

“He loves to compete and is an incredible leader who only thinks about winning and making sure his teammates are successful,” Magic added in the statement. “The Lakers are excited to have a teammate who has been in nine NBA finals, it’s a big step that brings us back to the Lakers to the playoffs and the NBA Finals.”

The Lakers along with the arrival of James have already achieved the signings of veteran baseman Rajon Rondo, guard Lance Stephenson and center JaVale McGee, in addition to renewing contract to escort-forward Kentavious Caldwell-Pope.