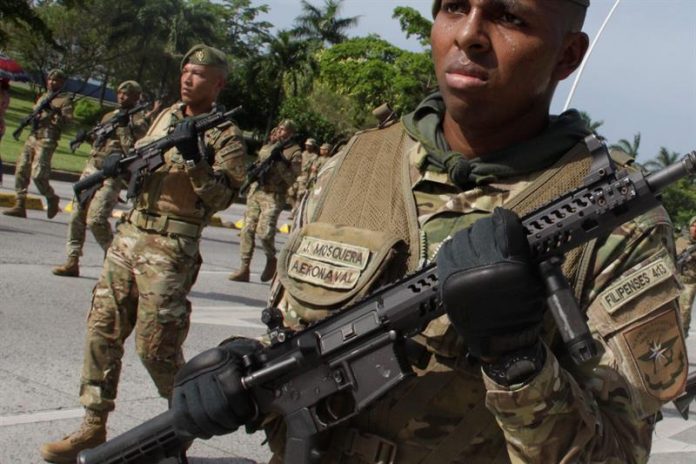 The sailor and peace spirit of the navies of Argentina, Brazil, Chile, Colombia, Mexico, Peru and Venezuela gathered today the streets of the Panamanian capital during the naval parade “Velas Latinoamérica 2018”, in which hundreds of people appreciated the maneuvers and synchronized marches.

At a military and punctual rate at 08:00 local time (13:00 GMT), on the seafront known as Cinta Costera, security forces from the Central American country opened the curtain with a deployment of their troops, martial music and greetings between high-ranking authorities to receive the naval group of Latin America.

One of the first to parade was the delegation of Argentina, who with an impeccable white uniform broke through before the eyes of several hundred people waiting for the cadets and officers who make up the frigate Libertad, the ship-school of the Argentine Navy .

This year, the crew of that ship participates in Velas to complete the professional training of the midshipmen, and at the same time share with the public experiences of the high seas and the operation of ships in general.

The meeting was followed by the brigantine squad “Cisne Blanco” from Brazil, “Gloria” from Colombia and the sailing school “BAP Unión” (Peru), the largest in Latin America, who wore their badges with gallantry and demeanor. martial.

They were accompanied by the impressive squadron of the school ship “Cuauhtémoc” of the Mexican Navy, one of the most acclaimed and showy for its orderly and milimetric deployment in its actions.

One of his crew and cadets corporal of fourth year of the general body, Ernesto Reyes, told Efe that the nautical festival has been a good opportunity to interact with the different navies to know their different ways of working.

“Our purpose is to exalt the maritime spirit and to bring the message of peace and goodwill to the world,” he said.

Reyes said that belonging to the Navy of Mexico is a pride to serve the nation, since they are the image of the armed forces before the world.

The cadets of the Doctor Justo Arosemena School of Police Officers, the Music Band of the Institutional Protection Service (SPI), officers of the National Aeronaval Service of Panama and the National Border Service participated in the parade.

In addition to a folkloric delegation from the Panama Canal Authority, students from the International Maritime University of Panama, the Moisés Castillo Ocaña School in La Chorrera and the José Daniel Crespo School in Chitré.

Although the parade did not have a large turnout, and ended two hours earlier than expected, had a strong security and did not cause traffic congestion.

Velas Latinoamérica also includes visits open to the general public to school ships from Argentina, Brazil, Colombia, Chile, Ecuador, Mexico, Peru and Venezuela until July 11 at the port of Balboa in Panama. 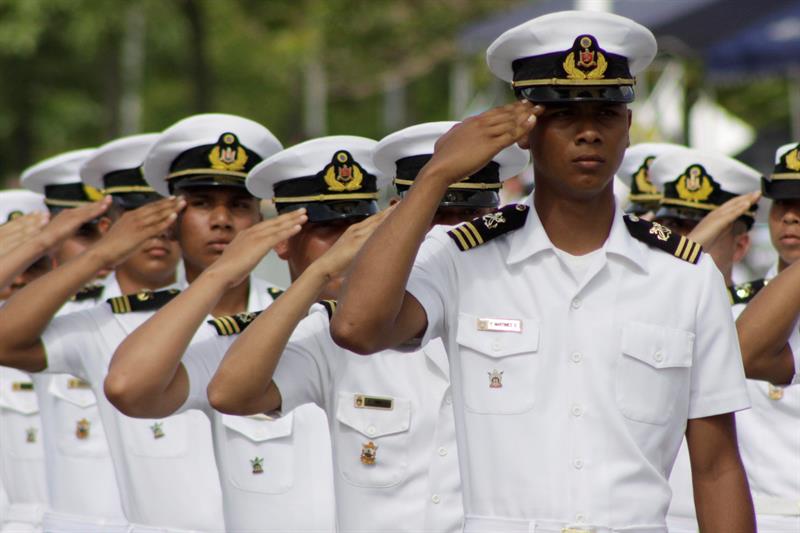 The fleet that makes a journey that includes several ports of South America and the Caribbean with different activities aimed at cultural exchange, includes on the agenda an official visit by the President of Chile, Sebastián Piñera, which on Tuesday, the 11th will be part of the closing ceremony of the regatta

Velas Latinoamérica 2018, an event organized by the Chilean Navy, which began in the port of Rio de Janeiro, will conclude its journey on September 2 in Veracruz (Mexico).

The maritime encounter was held for the first time in 2010 as part of the bicentennial celebrations of the independence processes of Argentina and Chile.

The Navy of Argentina organized this nautical stop in 2014 and Chile assumed this task in 2018, framed in the commemoration of the Bicentennial of the Southern Navy.