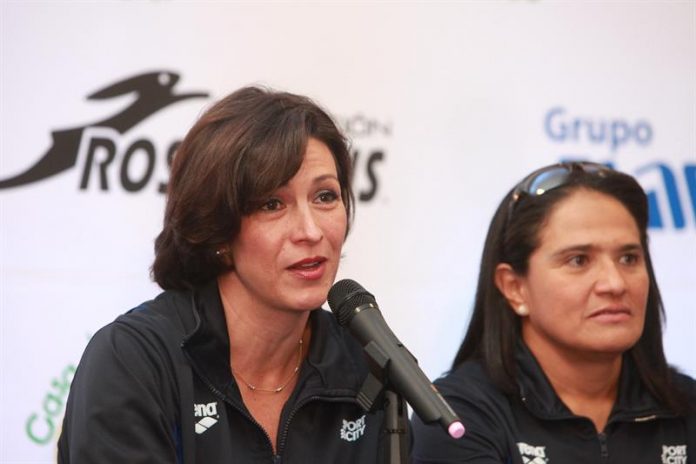 Mexicans Mariel Hawley and Nora Toledano received a recognition at the Embassy of Mexico in Tokyo today for having managed to cross the Tsugaru Strait (northern Japan) in record time, thus adding the fifth sea of ​​the Seven Seas project.

In 6 hours and 20 minutes, the swimmers managed to complete the strait that connects the sea of ​​Japan with the Pacific Ocean at dawn on Saturday, making the best time in the history of this cross in the female category and the second best in general.

“I’m still floating, I’m very happy”, confessed to Efe Mariel Hawley, as well as her partner, Nora Toledano, who was “excited and very proud” to have achieved a record that did not count, since “the goal was meet the crossing, beat the record has been an absolute surprise, “said Toledano.

The Seven Seas is a long-distance open water project, equivalent to the Seven Summits of mountaineering, in which Hawley and Toledano, with the Tsugaru Strait, have already completed the fifth.

The swimmers left at dawn on Saturday from Cape Tappi Misaki, on the Tsugaru Peninsula, facing 15 degrees of water temperature and very favorable weather conditions, which Toledano acknowledged were “very lucky because of all the crossings that we have done this has been the least complicated, we swam at a good pace “.

Both have trained for a year swimming in cold waters “to acclimate and adapt”, according to Toledano, to the conditions that will be found in the North Sea, located between the coasts of Norway and Denmark in the east, which will be its sixth crossing, a fact that has helped them to withstand the temperature of the Tsugaru Strait.

In the team that accompanied each stroke from a boat were Hawley’s daughter and Toledano’s son and mother, “a force and motivation that made this crossing more special,” explained Toledano, while for Hawley “sharing the experience with Nora and with my daughter has been incredible “.

“Finding myself that this time I have been able to cross has been like a reward for me,” Hawley said, since in 2016 he tried to cross the Tsugaru Strait but a storm forced her to abandon her goal, an experience that pushed her to write “Corazón de Mar”, a book that will be published soon, and that narrates its adventure by swimming.

Toledano, a 48-year-old biologist, began competing at age 11 in swimming and at 23 she crossed the English Channel, an experience that added to her training, she was approached by Antonio Argüelles, a Mexican who also managed to fulfill the Seven Seas in 2017 and whom he trained and accompanied in all his crosses.

Now, Hawley and Toledano are preparing their sixth crossing in late August and early September, which they will face separately, and between March and April 2019 they aim to complete the Seven Seas together in the Cook Strait, New Zealand.