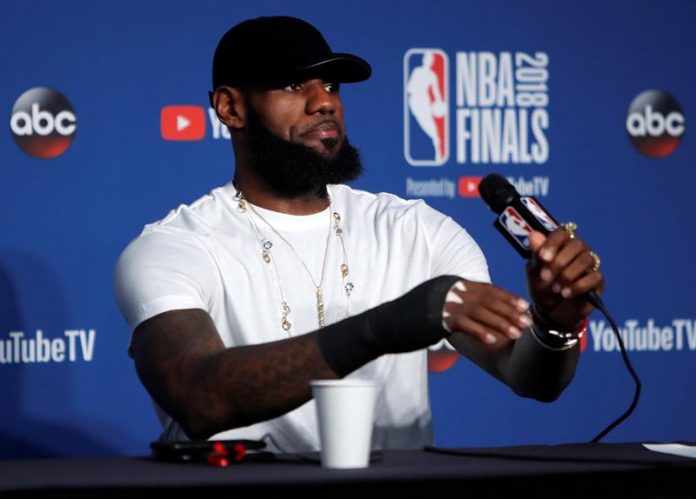 The deadline for players who had the option of the last year of the contract ended and both LeBron James of the Cleveland Cavaliers and DeAndre Jordan of the Los Angeles Clippers or Paul George of the Oklahoma City Thunder rejected it and they became free agents without restrictions.

James, 33, had up to a minute before last midnight to inform the Cavaliers and he did it in a negative way, something that somehow was already expected.

The decision converts for the third time to the four times winner of the Most Valuable Player (MVP) award in the league, which had insured 35.6 million dollars for the season of 2018-19, a free agent after it was already in the 2010, when he left the Cavaliers, and in 2015 after completing four years with the Miami Heat and then returning to Cleveland.

The Cavaliers could have offered James the maximum contract of five years and 207 million dollars, while any other team can only give him four seasons and 152 million.

If James decides to sign a new contract with the Cavaliers for one year and an optional one to be free again in 2019-20, he would lose a lot of money, since that season he would only receive 38.2 million dollars.

Now the suspense will be put in the decision that James takes regarding his next team, that of being one of the Western Conference, like the Los Angeles Lakers or the Rockets of Houston. They also sound the Philadelphia Sixers and the Washington Wizards.

James is currently vacationing with his family in Anguilla and it is not clear if he will return in time to meet with potential suitors this weekend or if he will allow his representatives to carry out those conversations in his absence.

A player who could meet James if he decided to sign for the Lakers will be Paul George, who leaves the Thunder and everything points to negotiate with the Californian team.

George rejected a $ 20.7 million salary for the 2018-19 season, but remains seriously interested in returning to the Thunder as a free agent.

Who will not stay in Los Angeles is DeAndre Jordan, who leaves the Clippers, to be the main objective of the Dallas Mavericks, in need of a quality center that can join their young talents such as the Dennis Smith Jr. bases and the Slovenian rookie Luka Doncic, selected with the number three in the past university draw, and forward Harrison Barnes.

Meanwhile, the champions, Golden State Warriors, who already renewed coach Steve Kerr and made him the highest paid in history, seek the arrival of guard Jamal Crawford, a specialist in triples and two-time winner of the Sixth Player Award. different equipment.