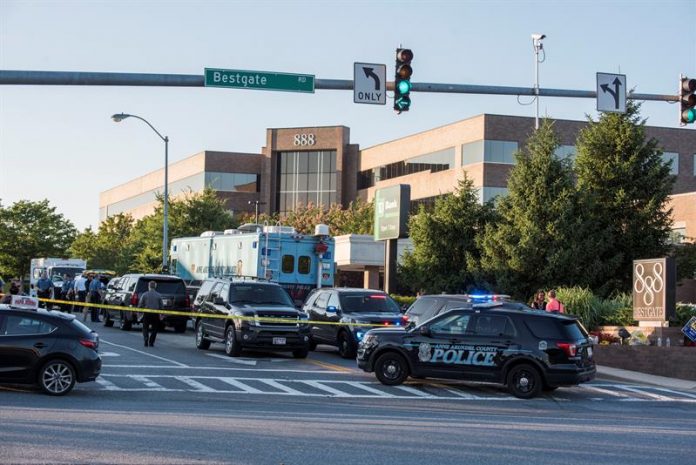 At least five people were killed today and several more were injured in a shooting at a local newspaper building in Annapolis, Maryland, where a suspect was arrested, although his motivations are still unknown.

The incident was recorded in the building of the local newspaper Capital Gazette, inside which the attacker opened fire.

“There are five dead and we know that there are several people seriously injured,” said the authorities during a brief press conference.

In that hearing, Lieutenant Ryan Frashure, spokesman for the Anne Arundel County Police, where the shooting took place, said that many wounded had been taken to nearby hospitals for treatment.

Frashure explained that, thanks to the rapid response of the emergency teams, the “suspect is already in police custody” waiting to be questioned by the authorities.

“There is only one suspect, he is our only suspect,” he said.

Later, in another statement to the press, Frashure said that the detainee is a white man who did not carry any type of identification and who used a “long gun” weapon.

The head of the Anne Arundel County Government, Steven Schuh, praised the work of the emergency services, since “if they had not arrived as quickly as they did, this could have been much worse”.

For his part, the president, Donald Trump, used social networks to convey his condolences to the relatives of the victims and his thanks to the emergency services.

“Before leaving for Wisconsin I was informed about the shooting at the Capital Gazette in Annapolis, Md. My thoughts and prayers are for the victims and their families, Thanks to all the members of the emergency services who are in the place of the victims. facts, “the president wrote on his Twitter account.

An alleged witness to the shooting used the same social network to report that the shots went through a glass door of the newspaper offices injuring several employees. 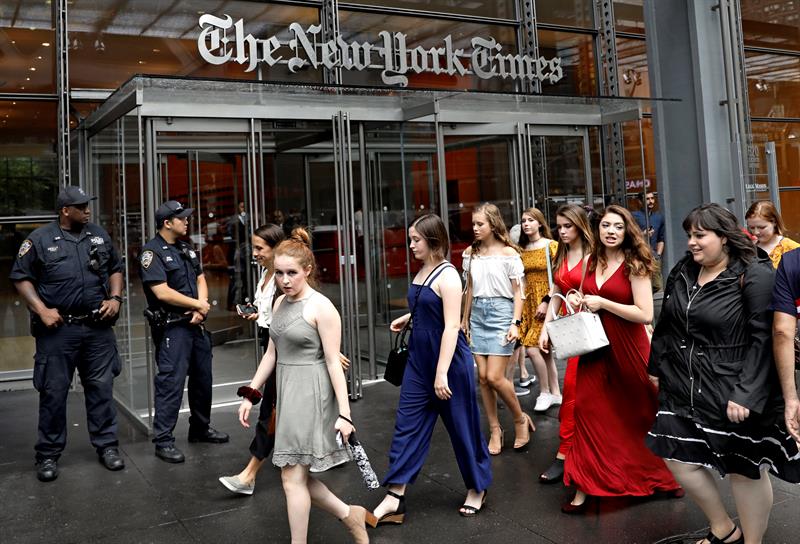 “There’s nothing more frightening than hearing several people being shot while you’re crouching under your desk and listening to the shooter reload the gun,” tweeted Phil Davis, a Capital Gazette journalist specializing in events.

This shooting has had repercussions in other parts of the country, such as New York, where the Police reinforced security in several media in the city.

Images provided by different media showed policemen at the door of the chain venues such as CBS and the newspaper The New York Times, measures that are regularly applied when there is an attack or a serious attack in the United States.

The New York Police Department indicated that the special deployment “is not based on any specific threat” but rather is a “usual practice” in this type of situation.