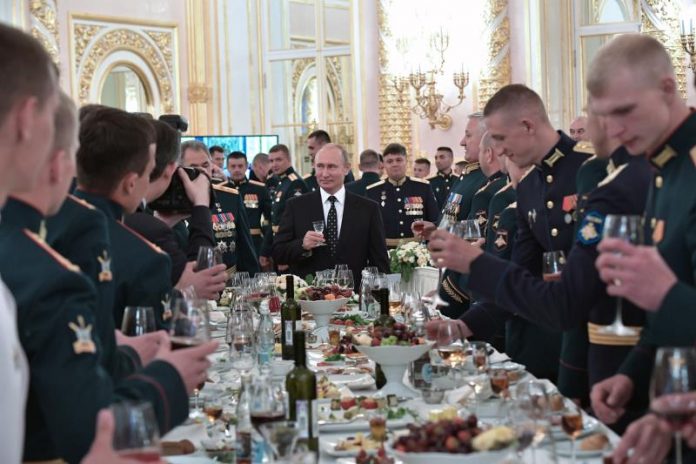 Russian President Vladimir Putin and his US colleague Donald Trump will try to straighten the tense relations between the two great powers at their first bilateral summit on July 16 in neutral Helsinki.

“The meeting between the president of Russia, Vladimir Putin, and the president of the United States, Donald Trump, will take place in Helsinki on July 16,” the Kremlin said today in a statement, simultaneously to a White House announcement. .

The meeting between the two most powerful leaders in the world was being sought for months, since Putin and Trump have so far only been seen informally in international meetings, the last time in November during the summit of the Asia-Pacific Economic Cooperation Forum (APEC) ) in Vietnam.

Since the arrival of the Republican to the White House a year and a half ago, when relations between Moscow and the Administration of Barack Obama were at their lowest, the Kremlin was dreaming of a summit with the new American leader that would allow them to be re-launched.

Finally, on Wednesday it was reported that Putin and US National Security Advisor, John Bolton, an ultraconservative “hawk” appointed to the post in March by Trump, had reached an agreement for its celebration “in a third country” .

“During the negotiations, it is planned to discuss the current situation and prospects for the development of Russian-American relations, in addition to the topical issues of the international agenda,” said the Kremlin today’s note announcing the headquarters and the day.

Earlier, Putin’s adviser for international affairs, Yuri Ushakov, had anticipated that the two leaders will deal with the settlement of the Syrian conflict, ways to improve bilateral relations, the Ukrainian crisis, the nuclear disarmament program, the situation in North Korea. and the nuclear agreement with Iran, among other issues.

Some, such as the Ukrainian conflict and the annexation of Crimea, have poisoned relations between Moscow and Washington since 2014 to the Cold War.

This was followed by Russia’s intervention in Syria in support of President Bachar al-Assad, accusations of Russian interference in the US elections and, recently, the case of the poisoning of the ex-spy Sergei Skripal in the United Kingdom.

According to Ushakov, the summit will last several hours and will include a face-to-face meeting, probably a working breakfast and a joint press conference to report the results, and a joint statement will also be published.

Putin will travel to Helsinki after attending the World Cup final at the Luzhniki Stadium in Moscow on the 15th, a sports event that served to ease tensions in his meeting with Bolton.

Trump’s advisor praised the preparation of the World Cup, precisely when the United States is ready to welcome him in eight years along with Mexico and Canada.

Putin expressed yesterday his “hope” in which the first steps can be taken “to reestablish full relations on the basis of equality and respect”.

“I have to note that Russian-American relations are not going through their prime, I have already said it publicly and I say it now: I think this is largely due to a sharp internal political struggle within the United States,” Putin said. when receiving Bolton.

He, for his part, acknowledged: “We do not expect concrete results because a long time has passed without an official summit between the leaders of our countries.”

But he added that Trump is confident that “this high-level personal meeting will be beneficial for both the United States and Russia and will serve to strengthen peace and security throughout the world.”