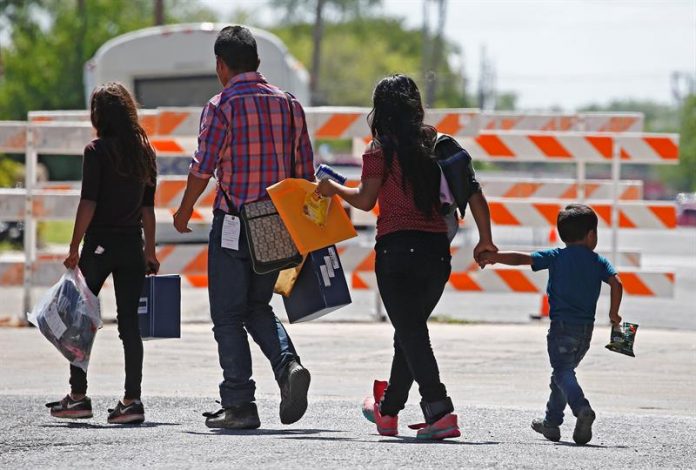 The United States Justice today ordered the Government of President Donald Trump to reunite, within 30 days, the hundreds of children separated from their parents on the border with Mexico.

The federal judge who made the decision, Dana Sabraw, with a court in San Diego (California), also ordered the return of children under 5 to their parents in a maximum of 14 days, according to the court order.

Since the United States began last April its controversial “zero tolerance” strategy against immigration, suspended last week by the enormous criticism received, the Trump government separated from its parents 2,575 minors, of whom only 522 They have returned with their parents.

Sabraw’s ruling has its origin in a lawsuit brought by the American Civil Liberties Union (ACLU) in favor of a 7-year-old Congolese girl separated from her mother and a Brazilian child of 14 years, also separated from her progenitor

Sabraw also ordered the suspension of the deportation of separated parents of their children who have not yet been reunified.

The judge described the separation of families as a “chaotic circumstance created by the Government itself”.

Sabraw’s decision may clarify the confusion created by the order issued last week by Trump to stop the separation of families at the border, but without clear instructions on their reunification.

The government decided to back down the separation of families after the unanimous rejection inside and outside the US that caused the measure following the dissemination of images of children alone and locked in enclosures, in some cases divided into cages.

This division of families was a consequence of their policy of “zero tolerance” towards irregular immigration, with which they imputed criminal crimes to the undocumented, who consequently entered prison separated from their children.

The Department of Homeland Security (DHS), responsible for the border, reported Saturday that 522 children have already been returned to their parents, but that 2,053 remain separated and detained.