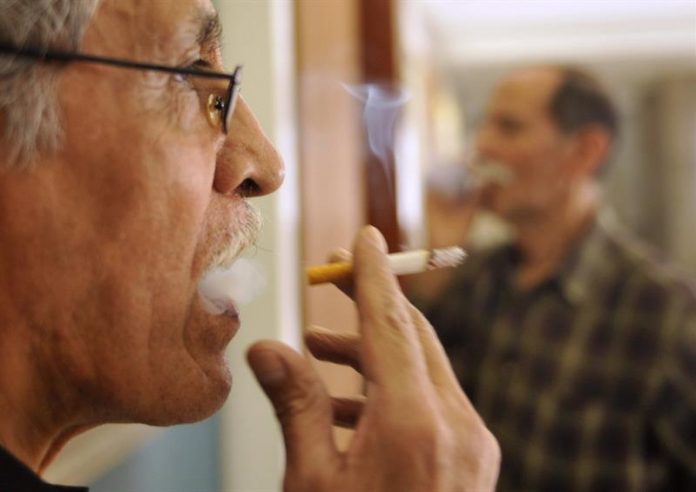 In addition to prostate and colon cancer, lung cancer is one of the oncological diseases that primarily affect the male, pulmonologist Rubén Santoyo Ayala said in a statement.

“Due to smoking there is a higher prevalence in men, however, it must be said that every day there are more women smokers and they begin to match the statistics between both genders,” said the deputy medical director of the night shift at the Hospital de Especialidades del Mexican Institute of Social Security (IMSS) in Jalisco.

According to figures published by the World Health Organization (WHO) in 2012, each year there are 1.8 million new cases of people suffering from the disease.

Santoyo said that “about one in four deaths from cancer is due to lung cancer, in fact, there is talk that more people die from lung cancer than prostate, colon and breast cancer.”

He noted that several studies have indicated that the chances of a man acquiring cancer in his life are 1 in 15, while in women are 1 in 17, including active and passive smokers.

He recalled that the main risk factor for lung cancer is smoking, although there are others such as exposure to carcinogens.

In addition, other factors that can facilitate lung cancer are family inheritance, high levels of air pollution, exposure to high levels of arsenic in drinking water, and radiation.

Lung cancer, he insisted, causes high mortality and in fact up to 90% of patients receive medical care in late stages, when their disease has advanced considerably.

According to the WHO, only 1 in 4 cases is diagnosed in time to reach the cure.

He added that it is important that people quit smoking as soon as possible to limit their damage and even better that they avoid using tobacco, and that complications may appear years after they quit.