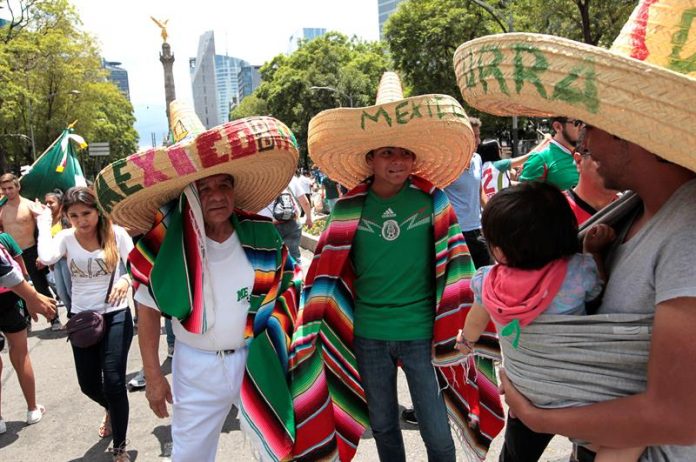 The Mexican media reacted with euphoria today highlighting in their digital pages the victory of the national team, 1-0 over Germany in the debut of both in the World Cup of Russia 2018.

“Yes, it could,” said the newspaper “Reforma” in the Sports section of its digital version in which it inserts a photo of Mexicans as they celebrate and rate the triumph of one of the most brilliant pages and of the “tri” in the World Cups.

“Reforma” says that Mexico showed on the court the superiority with which it did in the stands, where thousands of fans of the country were. In addition, the publication highlights that upon entering the 73rd minute, Rafael Márquez reached five World Cups played.

Directed by Colombian coach Juan Carlos Osorio, the Mexicans defeated the world champion Germany 1-0 with a goal from Hirving Lozano in one of their best results in World Cups and took an important step in their eagerness to qualify for the round of 16 by seventh. World consecutive.

“Mexico, epic in Russia, knock down the champion Germany”, is the headline of the note of “Excelsior”, which highlights the attitude of the Mexicans who dared to attack Germany and defeated him.

According to the newspaper, Germany had opportunities to tie and Mexico to increase the advantage, in reference to the numerous arrivals from both sides.

“Historic triumph of Mexico over Germany,” reads the headline of “El Universal”, which inserts a statement by forward Lozano, of PSV Eindhoven of the Netherlands, in which the attacker says that today was the goal of his life.

“Milenio also” describes the victory as “historic”, while “La Razón” points out that with a perfect match, Mexico does the unthinkable and makes history by defeating Germany 1-0.

With the victory, the Mexican national team took an important step in their eagerness to qualify for the Round of 16, which will be decided in their two commitments, against Korea, on June 23, and Sweden, on 27.