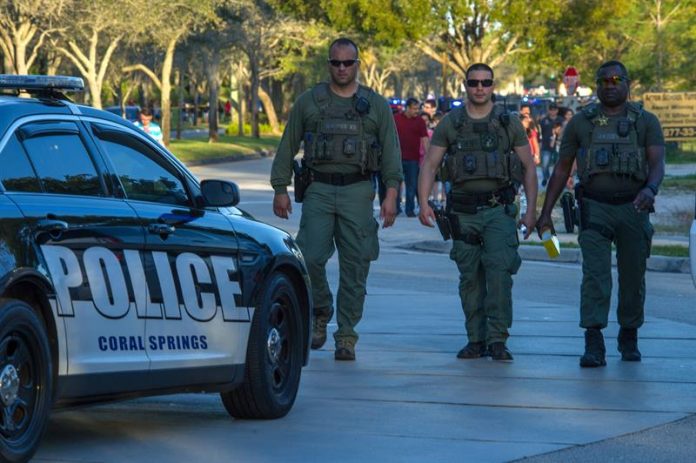 David Hogg, one of the students who survived last February’s shooting in a school in Parkland, Florida, will release a book next week about the killing and the movement he gave rise to.

According to Penguin Random House, the book “#NeverAgain” (“# NuncaMás”), which he has written with his sister Lauren Hogg, will be on the shelves next June 19, although an excerpt from it has been published on the Apple News platform.

The 176-page publication, which will be available in electronic format and in audiobook, offers an inside look at the event that took place on February 14, when the confessed author of the massacre, Nikolas Cruz, entered with a semi-automatic rifle Marjory secondary school. Stoneman Douglas and murdered 17 people.

“A lot of things run through your head at that moment in a situation like that, a part of me was thinking ‘I’m going to die.’ Another part was thinking ‘It’s just a simulacrum’,” he writes in the book Hogg, who since that day is one of the most visible faces of the youth movement for greater control of arms in the country.

According to the extract of the publication, the student went through several emotional states that prevented him, for example, being close to his sister, who lost four friends in the attack and cried during the next three days.

The student remembers the moments he lived during the shooting and how he began to record and interview the students who were with him hidden in a classroom with his phone camera.

He reveals that after the incident he felt anger and frustration, but that his partner Emma González, another of the faces of the movement, was for him a “catalyst” in the hours and days that followed.

“I found it important to be open to your feelings because if you are too busy hiding things about yourself that you are not happy with, then other people can not connect with you,” Hogg writes.

Remember that Gonzalez was the link with another of the leaders of the movement, Cameron Kasky, whose home began to gather a group of young people looking to “rewrite the entire national dialogue on school shootings” and from where “#NeverAgain” was born, which among other things, he seeks to increase the minimum age to buy rifles.

“We just talked like normal people, or normal teenagers, and thousands and thousands of other people wanted to join us.” That was another lesson: Being yourself is actually really a good strategy, “says Hogg.

The demonstration, which brought together hundreds of people, according to media, marked the start of the “Road to Change” tour that the movement that emerged from Parkland High School will be held this summer nationwide.

The call was joined by personalities from the entertainment world such as musician will.i.am or actress and singer Jennifer Hudson, who played “Amazing Grace”, as well as activists for greater arms control as the former Arizona Democrat congresswoman Gabrielle Giffords, victim of a shooting attack in 2011.