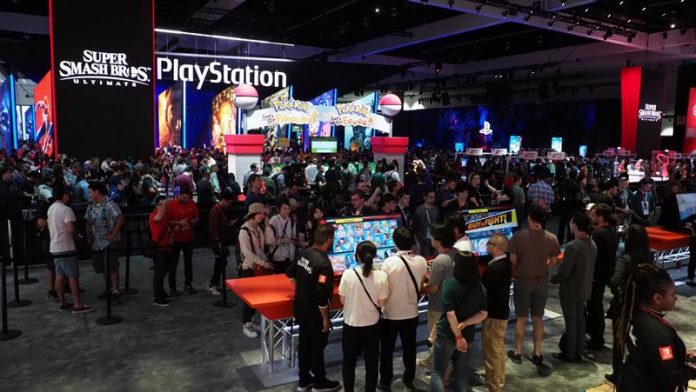 A picture of what Netflix is ??for television or Spotify for music, the search for a “streaming” model (online broadcast) for the world of video games has been one of the main themes in the halls of the E3 fair , which closes its doors today in Los Angeles.

During the three days that E3 has lasted, the most important event in the world in the sector, more than 60,000 people from more than 100 countries have passed through the Los Angeles Convention Center, according to the previous estimates of the organizer Entertainment Software Association (THAT).

Apart from the spectacular presentations of the companies and the new games that fans can taste at the fair, the E3 also serves as a thermometer for the industry and an oracle of what can happen in its immediate horizon.

In this sense, the debate about the future of video games in relation to “streaming” and technology in the cloud counted at E3 with the contribution of a heavyweight in the industry as Phil Spencer, the head of the console Xbox

“Our cloud engineers are building a streaming network for games that releases console game quality (the highest next to a PC) on any device,” Spencer said at the official Microsoft conference.

Xbox already has Xbox Game Pass, a subscription service of games in the cloud for this console, but Spencer’s statements point to this new platform of “streaming” in which they work would be a model of game marketing for all screens.

If this were the case, the current logic of launches could be broken exclusively for each device and a situation in which it was more important for players to pay the fee for a “streaming” subscription than having such and such a console.

The videogame sector, which according to the consultancy Newzoo generated 121.700 million dollars of income last year, seems to follow the trend of other cultural industries: Less importance of the material in favor of digital, greater interest of young people to pay a subscription rather than individual products and full freedom to enjoy the content wherever and whenever you want.

“The biggest disruption in the consumption of media entertainment in the last five years is the combination of ‘streaming’ plus subscription,” said the CEO of the developer Electronic Arts, Andrew Wilson.

“As consumers, watching movies and television, listening to music and reading books has never been easier, and we believe that this transformation will have a profound impact on our industry over the next five years,” he added.

Electronic Arts took advantage of its EA Play event to announce Origin Access Premier, a new step in its PC subscription offering that will now include its company’s new releases for a monthly fee of $ 14.99 in the United States.

Another developer like the French Ubisoft also welcomed the arrival of “streaming”.

“The technology never stops and streaming is one that will be very disruptive, what we like is that technology will give us the possibility that many more fans in the world can play our games,” the CEO of Ubisoft told Efe. for Europe, the Middle East and Asia-Pacific, Alain Corre.

The French executive admitted that some of his best products, such as “Assassin’s Creed”, can only be enjoyed on high-end consoles or PCs, which for example leaves out many countries in which fans play mainly on mobile phones.

In contrast, companies like Sony were more cautious about the “streaming” and did not advance imminent movements in that direction.

“Our priority is to continue working for our community and to seek the best experiences,” said Liliana Laporte, general director of Sony Interactive Entertainment in Iberia and the Mediterranean, who ruled out streaming the service to Spain for now. “PlayStation Now that works in countries like the United Kingdom or Germany.