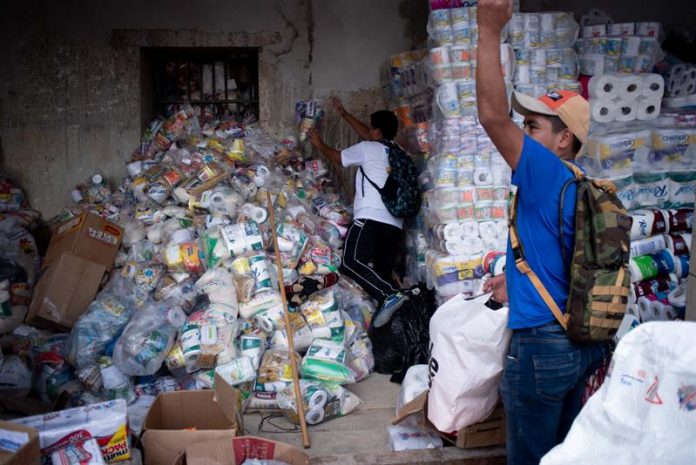 The Guatemalan American Association (AGA) of Florida today successfully completed its campaign to collect aid for the victims of the eruption of the Volcano of Fire in Guatemala and will send from Monday three containers with food and medicines.

The president of this association, Sergio Morales, told Efe that the collection of donations had an “excellent” response as “people turned to shake hands” for the victims of the volcanic eruption last Sunday, which left more than 100 dead.

“It has exceeded expectations,” said Morales, who confirmed that a first container of aid will depart Monday from Miami to Guatemala and the next day will do the second.

The three containers that AGA plans to send, the last of them next Thursday, will go to the Obra Social of Brother Pedro of the city of Antigua, all with canned food, clothing, blankets, medicines and even hospital beds.

The association, whose work is independent of the Guatemalan government, as Morales stressed, established six points in the county of Miami-Dade in the week for donors to deliver the aid and also added aid collected in other cities of the state such as Orlando, Tampa and Fort Myers.

The head of this association revealed that they are evaluating to develop another campaign in favor of the firefighters of the Central American country, who in the middle of this crisis carry out their work in the “precariousness”.

The eruption of the Volcano of Fire a week ago has caused 110 deaths and keeps Guatemala on high alert.

The rescue brigades resumed Sunday the search of more victims by the eruption of the volcano, located 50 kilometers to the west of the capital of Guatemala and that has motivated evacuations.

The remittance company WorldRemit has joined the solidarity efforts, which has decided to eliminate its fees for money remittances to Guatemala recipients until July 5.