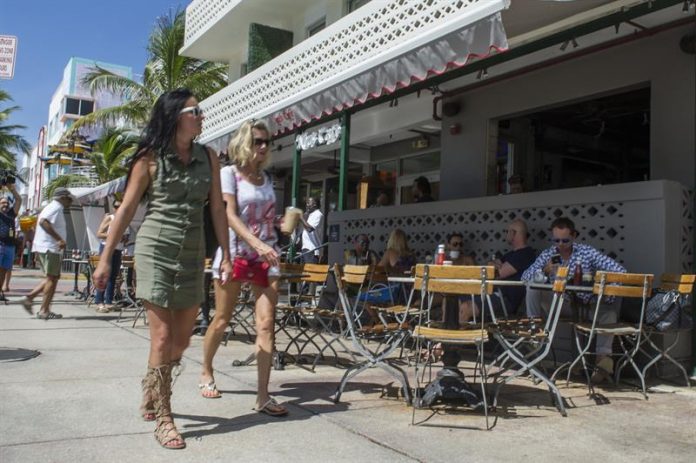 The counties of Miami-Dade and Broward, in South Florida, received fiscal revenues of 8.4 and 3.7 million dollars, respectively, derived from agreements reached with the Airbnb tourist accommodation platform.

This was reported today in an Airbnb statement, which noted that when both agreements were signed in April 2017 the collection expectations were 6 million for Miami-Dade and one million for Broward, but more than 12 million were reached in total .

The agreements establish that Airbnb, world leader in the business of connecting people who rent houses or rooms with other individuals seeking alternative accommodation to hotels, automatically levies operations in Miami-Dade and Broward with a tax per bed of 6% and remits the proceeds to each county.

Both agreements entered into force on May 1, 2017.
According to the statement, Airbnb has signed tax agreements with more than 370 local or county governments in the United States.

Forty of the 63 states of Florida, where several of the main tourist destinations of the country are located, have agreements so that Airbnb is in charge of collecting the tax for the rented accommodation through its platform.

In addition, it has a similar agreement with the Florida Department of Taxation to fulfill the same function in the case of state taxes on tourism property rentals.

More than a million people in 2017 found accommodations in Miami-Dade and Broward through Airbnb, the statement said, noting that Florida hotels experienced records of occupancy and prices that year.

The catalog of private properties that can be rented through Airbnb covers 191 countries.

Florida registered 33.2 million visitors in the first quarter of 2018, an “historic record” that represents an increase of 7.4% over the same period of 2017, according to this week in Miami the governor of the state, Rick Scott .

According to the Visit Florida office, the state tourism promotion agency, of the 33.2 million visitors in the first quarter, 29.1 million were from other parts of the United States, a record figure that represents an increase of 8.5% with with respect to the same period of 2017.

Of the 4.1 million foreigners who visited the “sunny state” in the first quarter, 1.4 million were Canadians, an increase of 2.5% over the same period of 2017.

Likewise, hotel occupancy grew 1.9% in that period and the number of hotel rooms contracted, 3.3%.