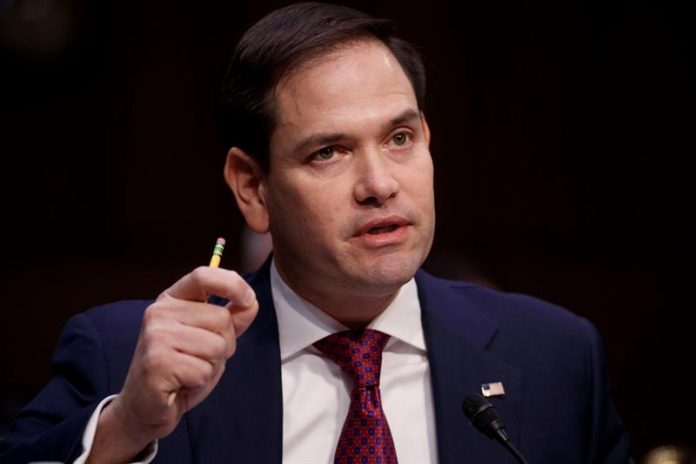 Florida Sen. Marco Rubio today urged the federal government to expedite the approval of resources to protect the “integrity” of the state for next November’s elections, given the possibility of Russian intervention.

The Cuban-American asked the executive director of the Commission of Electoral Assistance of the United States, Brian Newby, to “quickly approve” 19.2 million dollars that the state asked him to strengthen the electoral system in the face of possible cyber attacks.

The Republican said experts on the issue have expressed growing concern that Russia “try again to break into the next election in the United States.”

“This funding would apply to the implementation of critical cybersecurity measures to safeguard the integrity of our elections in 2018 and beyond,” Rubio said in a letter sent to Newby.

Rubio met Wednesday with Florida officials to discuss the protection of state elections against interference.

Earlier this year, Senators Rubio and Chris Van Hollen (D-MD) presented a bill that seeks to defend the election of threats and sanctions foreign actors who interfere in the American democratic process.

“Florida is the third most populous state in the country and, according to the reviews of foreign interference in the 2016 elections, we know that Florida is a goal,” said Rubio.

He assured that federal, state and local governments “must take proactive measures to guarantee that any future attempt to interfere in electoral databases or electoral infrastructure will not be successful.”

Last February, US special prosecutor Robert Mueller accused thirteen citizens and three Russian entities of having launched an “information war” on the Internet to divide American society and influence the 2016 elections.

Mueller is in charge of investigating the so-called “Russian plot” and also the possible coordination of the Russians with the campaign of President Donald Trump.

In the elections on November 6, the governor of Florida, the Republican Rick Scott, seeks to snatch Democratic Senator Bill Nelson the seat for this state in the federal Senate.

On that day, the 27 seats of the federal House of Representatives that correspond to Florida, among other regional elections, are also at stake in the state.