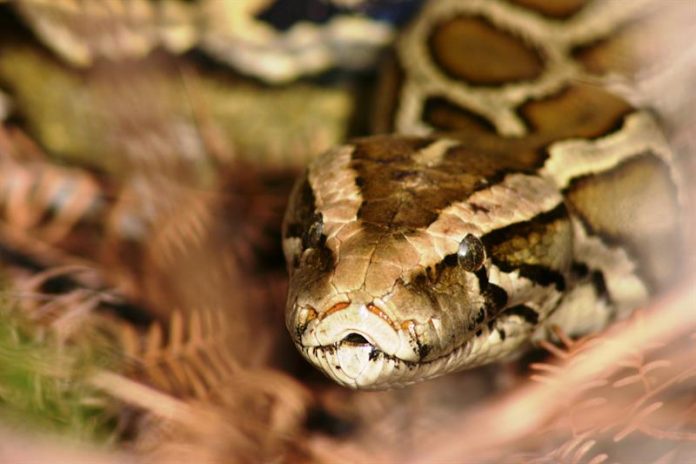 Faced with the alarming proliferation of python snakes in the Everglades National Park in South Florida, the authorities have launched a program that aims to attract up to 120 paid expert hunters, the Commission for the Conservation of Wildlife and Fisheries ( FWC).

This initiative in the eradication of this invasive exotic species, which is due to start next July, will allow for the first time hunting of pythons by hunters paid in this park of an area of ​​1.6 million acres.

Prepared by experts from the FWC and the park itself, the program allows hunters to “use firearms or other methods” to put an end to this reptile species that is so harmful to the ecosystem.

“We are confident that this collaboration will increase the number of pythons eradicated from our park,” Pedro Ramos, superintendent of the Everglades National Park, said in a statement.

Ramos clarified that the authorities have evaluated the possible impact of this program on the wetland and that the experts “work hard in their planning” to ensure that “their exceptional natural resources and the park itself do not suffer any harm”.

To do this, potential hunters will receive guidance that allows them to understand the program rules and their obligations within the perimeters of the wetland.

The FWC explained in the statement the “significant threat” posed to the Everglades ecosystem by pythons, in the elimination of which millions of dollars have been invested and countless hours in tests to find the most effective method for its eradication.

But, just as these investigations have improved knowledge about the population of these reptiles, the “elimination of pythons using technology is impossible”.

Now, the Everglades National Park has decided to add to the volunteer work done in the past, the knowledge and expertise of professional hunters.

Just as hunting remains prohibited in this park, “we believe that the elimination of pythons will be well received by concerned citizens who want to play a role in helping with this big problem,” Ramos added.

Everglades was created in 1947 by the US Congress both for its natural beauty and its ecological value and has rare and endangered species.

Selected in 1979 as a World Heritage Site, this park is made up of a large marshy area that practically occupies all of South Florida and its delicate ecosystem offers no rivals to the pythons, except for the largest alligators.

Burmese pythons arrived in Florida due to the Floridians’ fondness for exotic pets.

Exemplary captives who escaped or were left free by their owners in an irresponsible manner settled into the nature of South Florida until today they become a real threat to native species.