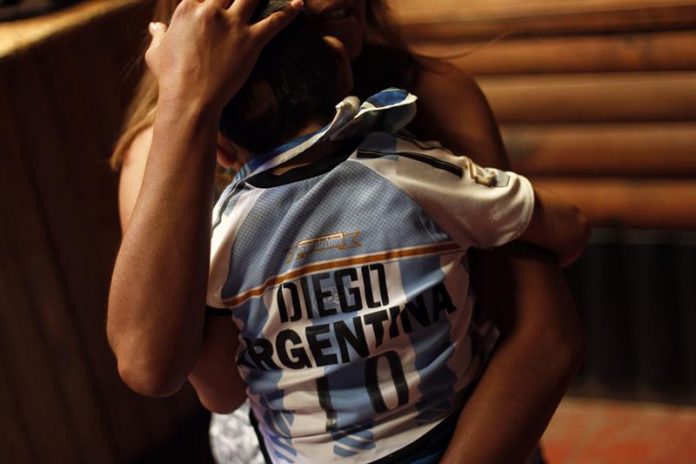 Janely Lopez hardly thought twice when she decided to illegally grow marijuana and prepare the doses that now make the life of her son Diego more bearable, after the doctors considered him terminally ill.

This woman, who claims to have faith in “God and the plant”, says that the process of cultivation is artisanal both by the method and “for being an act of love”, since their hands are stained in the soil when introducing the seeds until pouring the liquid under the tongue of his son, while the other hand holds the neck.

It also has a diagnosis based on microcephaly, from which cerebral palsy, severe spasticity and hard-to-manage epilepsy are among other ailments.

In 2015, doctors at the palliative care clinic she went to told Janely that her son was “evicted.”

“When they use the word evicted means that we no longer have any medicine that we can give you and in medical care we are saturated, stay at home and if you have already died because you bring it,” explains the mother in an interview with Efe.

It was then that he decided to try marijuana, a plant with which he had been linked for a good part of his life because of his brother, who smoked it to relieve severe pain in the spine.

From an artisanal extract provided by an organization, and ignoring the advice of the pediatrician, with whom he agreed to give him reports on his evolution, the improvements arrived.

“That extract that we began to give is the one that woke him up.” He started to babble, he began to laugh and the crises began to diminish, “he says as he watches his son, who rocks at the ceiling in a colorful rug and made animals. by your father.

After that first contact, Janely began to prepare the extract herself, whose adequate dose was based on many hours of study and readings. Never a doctor advised him what was the amount he had to give Diego. 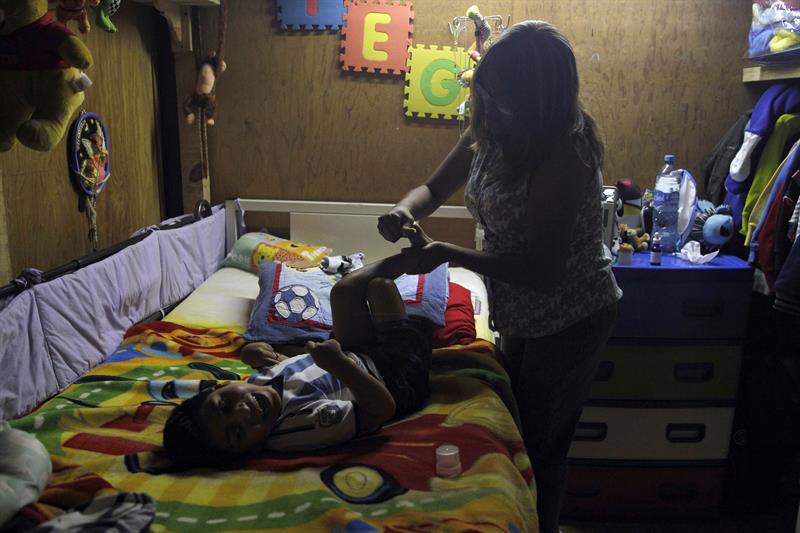 This effort, for Janely, represents the unwavering strength of mothers when it comes to watching over their children.

“All the mothers who live a situation like this, in which you are seeing that your child wears out slowly, we gain value because they do, and you have a very large resilience, you get up from very strong falls,” she says.

She is in a legal dilemma motivated by the need to help her son. Cultivating marijuana, even for extreme cases such as this one, is prohibited in Mexico; importing the oil is legal, but Janely can not afford it.

“The government plays a double moral, it is absurd that we have to import when we have the weather conditions to do it here,” he criticizes.

According to Janely, an extract of cannabidiol (CBD) – the main component of the plant – of 5,000 milligrams of the compound diluted in 250 milliliters of coconut or olive oil, imported from the United States by HempMeds Mexico, costs 6,500 pesos (about 330 dollars to change).

To her, growing marijuana in her clandestine garden comes out for about 2,500 pesos ($ 126 a change).

“It’s called artisanal because everything is purely homemade, you cultivate, you take the cultivation process to the harvest, you do the process of grinding the plant, of manipulating it, of putting it to marinate in alcohol, and then we put it to the boil withdraw alcohol, “he says.

Despite the fact that there are penalties for cultivation in Mexican legislation, Janely has it clear: “We know that a mom is not going to stop it,” she says with honesty and defiance.

“We mothers have that power to face bigger things, we also know that the authorities would get into a very big social problem if they stopped a mother who is helping her live her son,” she says.

Therefore, the mother will continue to do things for the life of her son, who since he began to take this kind of elixir “no longer needs so much care and almost does not take other medications.”

The complicity between the two is of extreme confidence. The mother carries him in his arms and plays with him. He gives her little loving bites. They even allow themselves to joke. Between the two there is a “very special black humor”.

Diego, whom his therapist recently started walking, requires stretching his body with a gigantic red medicine ball on which his mother poses and the little one, face up, observes the world in a special way.

The sun reaches the house in which both live with their father. Meanwhile, somewhere, some plants grow and cross the earth, for the moment in an illicit way, with the determination of a mother and the strength with which taboos are broken.