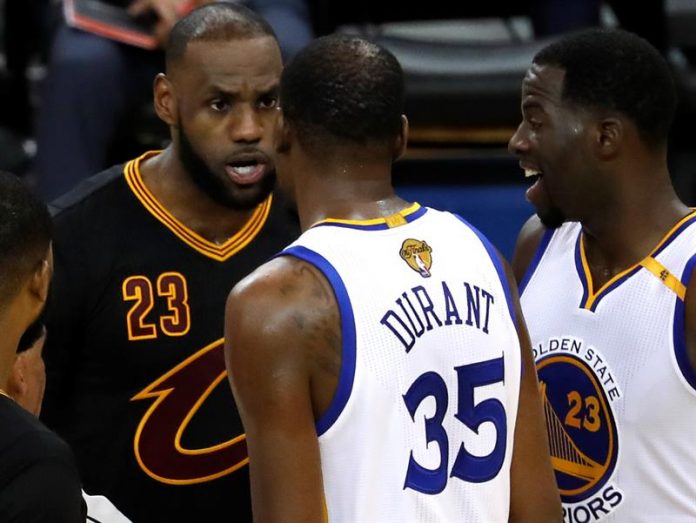 The NBA Finals kick off tonight (18:00 local time, 1:00 GMT) at the Oracle Arena (California), where Kevin Durant and LeBron James will deploy all their talent to bring their own to a new championship in the Fourth showdown followed between Warriors and Cavaliers for the ring.

“I think it’s still to be seen,” James said Wednesday when asked if he believes he can raise his playing level even further after the impressive demonstrations he has been showing in recent weeks.

“I know how much work I put into my game, but I do not believe in roofs, I do not think I have one, I want to maximize everything I can and be as good as I can be.” This year I remember saying that I felt at the best moment of my life. I have played at the best level of my career for the rest of the season, and I hope to continue like this in the Final, “said the forward.

James arrives at his eighth consecutive appearance in the Finals and the ninth in total of his career after having played 100 games this season.

“I think I’ve missed one or two trainings this year because when you live in northeastern Ohio and there are weather stations, you fall ill, but I’ve been available to my teammates and I’ve been a leader for them all year. With luck, I’ll be able to play 108 games this year, “he said, referring to a possible seventh game against the Warriors.

“And then they add Kevin Durant, that made them even more dangerous, even more powerful, as a competitor, it’s fun for me, when I retire, I’ll know that I’ve played against some of the best teams in history. “he said.

“If I ever write a book, I’ll dedicate a good chapter,” he said.
Durant, meanwhile, after surviving the seventh game against Houston Rockets in the Final of the West, says the Warriors are not satisfied.

“We are happy to continue playing, but we want to finish our work, we want to stay focused and find the best way to run our game and start winning from the first game,” he said.

He also said that James is one of those players who studied carefully to improve himself.

“To be as big as he is, you have to always give in, day after day, a lot of people do not have that mental capacity or even to think about it every day, so that serves as an inspiration for me. be, “he declared.

In addition, the forward, asked if he considers that the Finals have become predictable and without great incentives, said that if Warriors and Cavaliers have arrived for four consecutive years to dispute the title is because they are the best basketball deploy and that is always a good sign for the amateur.

“If you really love this sport, you will enjoy both teams, I do not think that people should complain about it, there are huge players in both teams,” he concluded.