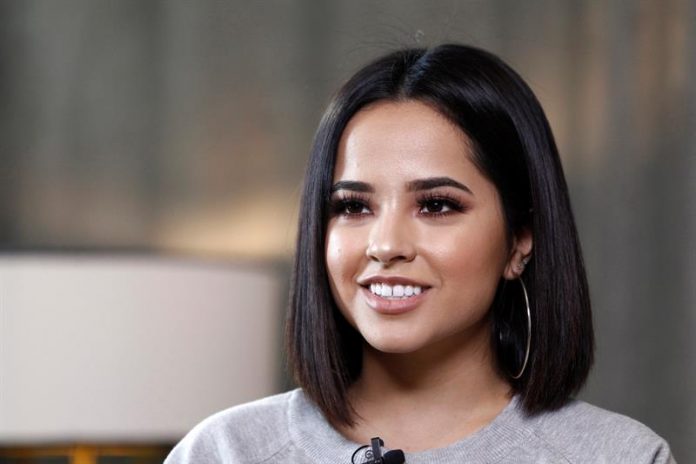 Feminist, brave and eager to raise her voice, the Spanish singer Becky G, who last year swept the tremendous phenomenon of “Mayores”, returns with the single “Sin Pijama” and assured in an interview with Efe that what least he likes the Latin world is his machismo.

“It was very interesting when, with my music in English (its first stage), they said to me: ‘You have your voice to sing but the rest, silence, we are not going to listen to what you have to say, your opinion does not matter’. That affected me a lot as an artist because I have my message, my story: how can I not share my ideas with the world? “, said the artist.

“And I came to Latin music and, as a Mexican woman in urban music, it was a bigger problem, there are a lot of beautiful things in the Latino culture, but what I do not like is machismo. The responsibility is that children can play, but women have to be able to clean the house, wash their clothes, be a good wife, good mom, from a very young age, “she said.

The artist finished her reflection by assuring that “all your dreams are impossible when you are a woman because you are a woman”, since, in her opinion, the little ones are not told that one day they can become “a super star”.

Born in Inglewood (Los Angeles) in 1997 into a humble family of Mexican origin, the rise to stardom of Becky G continues this year with “Sin Pijama”, a single that was presented in April and that, along with the Dominican Natti Natasha, accumulates on YouTube more than 222 million views.

“We started the conversation with ‘Mayores’, with the lyrics, which was a bit daring, and look at all the success of the song … I wanted to continue that conversation with ‘No Pajamas’, it’s more reggaeton,” the artist described on a theme in which plays with “the great fantasy of men” to know what happens between women in a slumber party.

With a rhythm and a sexy air that directly resemble her with “Mayores”, “Without Pajama” allowed Becky G to expand her list of collaborations, which includes artists such as Pitbull or Bad Bunny, now working with Natti Natasha, with whom she felt “an instant chemistry”.

After some beginnings as a teenager in which she sang in English and in which she achieved some repercussion with songs like “Shower”, Becky G switched to Spanish and embraced her Latin cultural heritage to define herself musically: “I found my voice, my message, my style, my everything: I found myself very sexy “.

“I listened (as a child) to many artists like Jenni Rivera or Selena Quintanilla, who were Mexican-Americans, that is, they were born here but they were very proud to be Mexican and they sang in Spanish, that was something very interesting for me (. ..) because I wanted to feel that connection, “he said.

“In the end, what I was doing in English was not real, I did not feel connected to my music, they were songs that any artist could sing, I did not have that different message or Becky’s style, and I think that’s very important as an artist “he added.

With a much more adult attitude came “Mayores”, which triumphed with more than 1.186 million views on YouTube and caused some controversy because of the double sexual sense of its lyrics.

“They tell me: ‘But Becky, why have you changed so much?’ No, I’m not changing, I’m growing, and the difference is that we artists like Shakira or Jennifer Lopez already knew them as women, but they knew me as a girl (…) Now I’m a woman, I’m 21 years old and I have a message that is bigger (…): empower women, teach women that they can, “he said.

“That’s the problem for me, they say: ‘Oh, no, now I can not play Becky G’s music for my children.’ But their children are still listening to Bad Bunny, Enrique Iglesias, Ozuna. and I love them totally, but that’s the problem: that the parents, or different people, are saying that men can but women can not, “he said.

In addition to his musical novelties, Becky G will soon return to the big screen, after his role in “Power Rangers” (2017), and will release in August the film “A-X-L”.

“It’s very fun, action and a bit of science fiction, it’s going to be very interesting to see what my fans say,” he concluded.