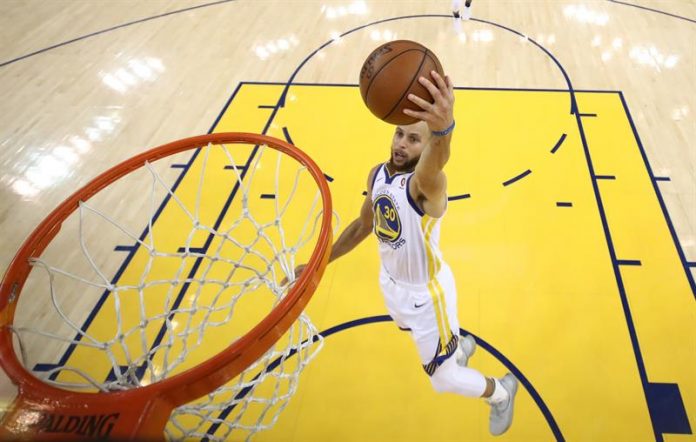 The combination of forward Kevin Durant and point guard Stephen Curry led the attack by the Golden State Warriors who trailed a 15-point deficit and beat the Houston Rockets 92-101 in the deciding seventh game of the Finals. Western Conference.

The victory allowed the Warriors to win the best-of-seven series 4-3 and revalidate the title to play for the fourth consecutive time in the NBA Finals against the Cleveland Cavaliers, who also won the series 4-3 in the Eastern Conference. .

The fourth consecutive duel between the Warriors and the Cavaliers in the Finals will start next Thursday with the first game that will be played at the Oracle Arena in Oakland with the Golden State team having the field advantage.

The Warriors, current NBA champions, will defend the title they have won twice in the last three years, while the Cavaliers achieved the first of their history in 2016.

Durant with 32 points, including five triples, five rebounds and five assists, led the attack of the Warriors who had a 41 (16-39) percent success with the shots from outside the perimeter.

While Curry shone in a special way in the second half, when the Warriors completed a comeback of 11 goals (55-43), contributing 27 points, including seven triples, 10 assists. He captured nine rebounds and recovered four assists.

The escort Klay Thompson reached 19 points and power forward Draymond Green contributed a double-double of 10 points, 13 rebounds and five assists, which also made him a winning factor.

The guard James Harden with 32 points, but only 2 of 13 attempts of triples, led the attack of the Rockets, who also had the support of Eric Gordon to score 23 points.

But just like Harden, he was not inspired by the shots from outside the perimeter like the rest of the team that scored 7 of 44 for a 16 percent hit.

Swiss power forward Clint Capela had 20 points and nine rebounds, while forward PJ Tucker finished with a double-double of 14 points, 12 rebounds and four turnovers, which also did not stop the Rockets’ defeat, who had finished the season with the best record in the league (65) wins.

The absence for the second consecutive game of Rockets baseman Chris Paul, who was injured at the end of the fifth, weighed heavily in the Houston team’s game, which again had a brilliant first half as it was always at the helm. score and get up to 15 points of advantage.

They went to the break with partial 54-43, but once again, came the fateful third quarter, the favorite of the Warriors to start the comeback and break their rival, and that was what happened in the decisive game.

The Rockets lost defensive concentration, and the Warriors with their triple and penetrations of Durant and Curry ended with a partial of 15-33, which left the Houston team in their game and moral to see that the overall score was 69-9. 76 to start the fourth period.

Curry achieved 14 in the period to turn him into the decisive player, which as happened in the sixth game, made the comeback possible in the second half, helped by the Rockets who failed the 14 triple attempts they made during the third period.

The Warriors in the sixth match had been down 17 points in the first half and then won 115-86.

The history was repeated, nothing changed, the Rockets tried the feat of the comeback, but Durant, Curry, Thompson, who had personal problems from the first quarter, he whistled the third, responded with baskets with insights and shots without any would allow the Houston team to get back into the game.

The champions made good predictions to be once again the team that have four players in their squad that can indisputably define a game and four more is the decisive that took them back to the Finals, where they come out as great favorites. efe