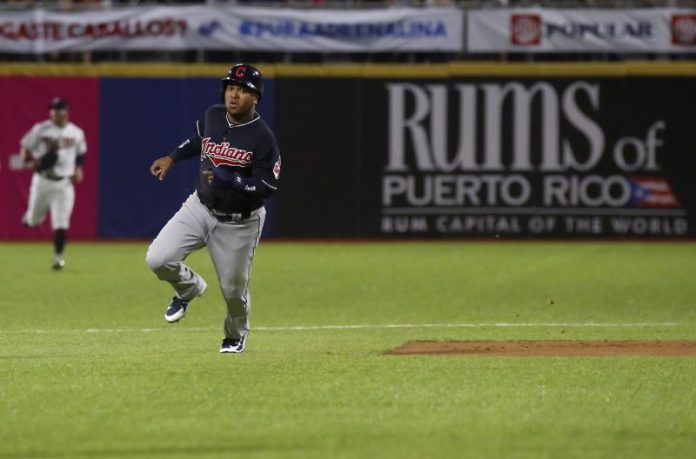 The third baseman Jose Ramirez sent the ball to the street and became the Latin American slugger most prominent in the day of the Major Leagues to reach the 15 home runs so far this season.

From the mound, the Venezuelan starter Germán Márquez won the fourth triumph and the Dominican Frankie Montas got the first, after both launched a fancy serpentine with their respective teams.

Ramirez hit the whole back and the Cleveland Indians won 10-9 in 14 innings to the Houston Astros in the last game of the series of three that played both teams in the duel of division leaders of the American League.

The Dominican slugger got 15 homers when sending the ball over the wall with a runner on base after deciphering the pitcher’s throws Gerrit Cole, when the right pitcher had got the first out of the episode.

The 15 home runs leave Ramírez with his personal best and as the leader of the Latin American baseball players in that statistic of the game.

The first Cuban baseman Yonder Alonso (11) also sent the ball to the street in the thirteenth episode, alone, on the relay Collin McHugh.

Despite the loss, Venezuelan second baseman Jose Altuve continued with the bat turned on by the Astros and went 6-4 with pair of runs batted in and a score.

Altuve, the Most Valuable Player (MVP) of the American League, rose to .330 his batting average.

Marquez worked seven innings and was backed by four homers for the Colorado Rockies, who beat the Cincinnati Reds 8-2.

The Venezuelan starter, who did not have his best start to the season, set the 4-5 mark after taking the victory after conceding five hits, one run, walked two and retired six rival batters via the punch .

The Venezuelan made 105 shipments, 62 perfect, and left in 4.21 its effectiveness, after facing 27 batters.

His compatriot, Ranger Carlos Gonzalez (5), sent the ball to the street in the first, with a running back, when starter Matt Harvey had got two outs of the episode.

Montas, 25, got his first win by pitching six innings and the Oakland Athletics beat the Arizona Diamondbacks 2-1, who remain in free-fall, lost the second game in a row and ninth in the last 10 that have disputed.

The victory was the first of Montas (1-0) to allow three hits, one race, gave two passports and struck out seven rival batters.

The Dominican opener put in 1.50 the average of effectiveness, after making 82 launches, 55 perfect, against 23 enemies that he faced.

Baez (13) threw it in the fourth, leading two runners, making contact with the ball thrown by reliever Pierce Johnson, without outs.

The beneficiary in the mound was the Dominican relay Randy Rosario (1-0) in two episodes and a third, accepted an unstoppable, gave three bases and struck out three batters to get the win.

His compatriot, second baseman Jonathan Villar hit a double tug of the race difference in the Milwaukee Brewers’ 8-7 victory over the New York Mets.

In the seventh, Villar doubled to right field and pushed the score of the difference sending the Dominican Ranger Domingo Santana to the ringer.

The first Venezuelan baseman Jesus Aguilar (9) blew the whistle in the third, with two runners, without outs, on starter Zack Wheeler.

For the Mets, Venezuelan second baseman Asdrubal Cabrera (8) hit a home run in the seventh, alone, when hunting Logan’s shipments, with one out in the inning.

Another Venezuelan baseball player, Venezuelan designated hitter Salvador Perez sent the ball into the street and the Kansas City Royals beat the 3-5 Rangers at home.

Pérez (9) connected in the third, with a runner, without outs in the inning.
The Dominican closer Kelvim Herrera (11) was saved in an episode, accepting unstoppable.

Venezuelan catcher Robinson Chirinos (7) hit a home run in the seventh, with a teammate ahead, catching the relay streamer Eric Stout and was the highlight of the Rangers’ offense.

The Dominican Ranger Carlos Gomez sent the ball to the street and the Rays of Tampa Bay beat the Baltimore Orioles 8-3.

Gomez (6) connected in the seventh, solitary, to hunt the pitches of the Dominican relay Pedro Araujo.

Venezuelan designated hitter Jose Rondon punished with homers for the Chicago White Sox, who lost 2-3 against the Detroit Tigers.