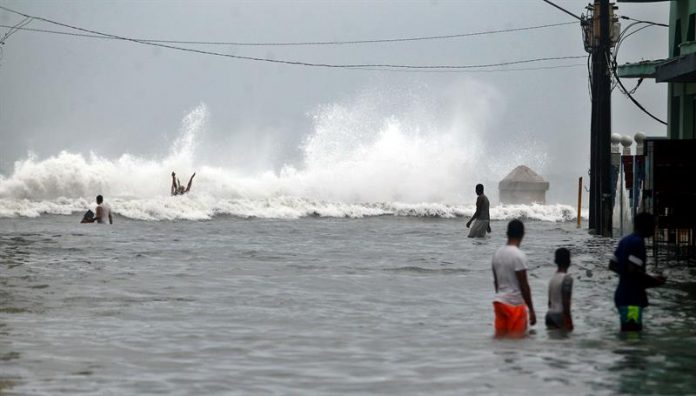 The subtropical storm Alberto, the first of the hurricane season in the Atlantic, moves today near western Cuba and heading southeast of the Gulf of Mexico, reported the National Hurricane Center (NHC).

Alberto, which was formed a week before the official start of the hurricane season in the Atlantic, is producing heavy rains in western Cuba, with water accumulations of up to 15 inches, in addition to Florida and the northeast Gulf Coast. of Mexico, which will be maintained throughout this weekend, indicated the NHC in its morning bulletin.

The meteorological phenomenon carries maximum sustained winds of 40 miles per hour and is located about 70 miles south of the western tip of Cuba and about 120 miles east-northeast of Cozumel (Mexico).

A tropical storm surveillance (24-hour system step) is maintained for the province of Pinar del Río, in Cuba, and parts of the Atlantic coast of Florida and Louisiana. The Government of Mexico has withdrawn the surveillance warning for eastern Yucatan.

The step of Alberto has motivated that today the governor of Florida, Rick Scott, declared the state of emergency for the 67 counties, before the threat of floods and swells that Alberto brings.

According to a possible trajectory pattern, Alberto’s center is expected to “pass near the western tip of Cuba today” and then continue tonight over the eastern Gulf of Mexico.

Experts from the NHC, based in Miami, predict that Alberto will experience a “gradual strengthening” in the next 48 hours heading north of the Gulf of Mexico.

The National Oceanic and Atmospheric Administration of the United States (NOAA) predicted on Thursday that the Atlantic hurricane season, which begins on June 1, will have a “close” or “above average” activity, with between 5 and 9 hurricanes, of which between 1 and 4 may be of higher category.

The forecasts of the US agency with a view to the season in the Atlantic basin, which affects the United States, the Caribbean and Mexico for six months, also point to the formation of 10 to 16 tropical storms.