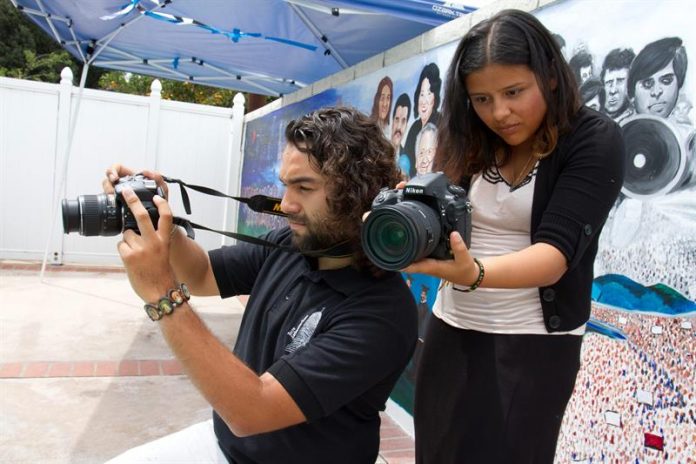 In order to illustrate the damage caused by the elimination of the permits to leave the country for the “dreamers” covered by the Deferred Action program (DACA), the documentary “Advance Parole” is being released today in Los Angeles.

The film directed by Lidieth Arévalo portrays the drama lived by the “dreamer” Mayra Garibo, who was repeatedly denied a permit by the immigration authorities to re-enter the country known as “advance parole” to attend her father’s funeral. last January.

“That not even the Trump Administration allows you to attend the funeral of your own father is something inhuman,” Arévalo told Efe.

Garibo’s request came days after Judge William Alsup, of the Northern District Court of California, ordered the Trump government to accept DACA renewal requests again, after the government announced last September the cancellation of this shelter.

The director assures that this case is a sign of the lack of humanity that exists on the part of the Administration and that has infused the government employees.

Garibo, a 25-year-old student at California State University Dominguez Hills (CSUDH), had already been affected by the president’s decision to revoke exit permits for dreamers.

The young woman, who has valid DACA protection until 2019, was one of the students selected to participate in the California Mexico Project of Cal State Long Beach University. (CSULB), which managed to bring almost 250 DACA beneficiaries to reencounter with their roots and their loved ones in the neighboring country.

“Mayra Garibo has been affected by this policy several times, she could have seen her father alive, she could not go to his funeral and now she wants to see her grandfather who is about to die” explains Arevalo.

The Salvadoran filmmaker, who is also a “dreamer”, says that the case of Garibo, who came to the US with her mother when she was a girl, is repeated thousands of times. “There’s always someone we want to hug again.”

Arévalo knows first hand how the exit permit allows the “dreamers” to reconcile with the past and the country they left behind when they were children.

The cuscatleca director managed to travel to El Salvador in December 2015 and see her father and brother, who had been deported years before.

Although Arévalo managed to benefit from the exit permit on several occasions, the Trump Administration’s policy already had a direct impact on his academic studies.

And the fact is that the Salvadoran is pursuing a master’s degree in film studies and obtained a grant to make a documentary in Australia, but she will have to stay at home while her classmates travel.

“They leave this Sunday and I can not participate in something that I won by my own merit,” he lamented.

The documentary, which will be shown for the first time at the headquarters of the General Consulate of Mexico in Los Angeles, will be made available to the public free of charge starting next week.