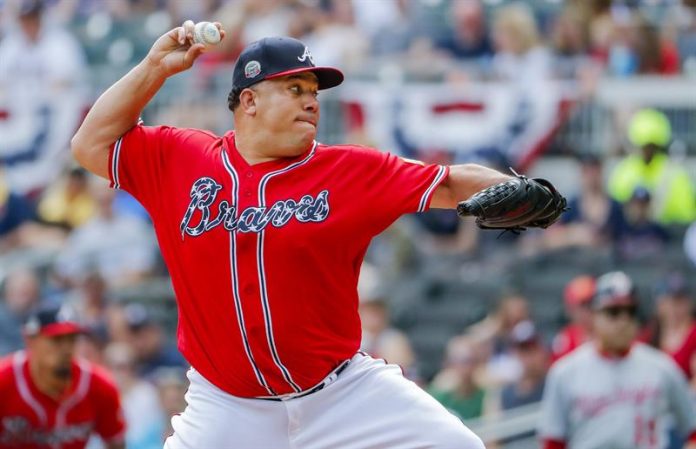 The veteran Dominican opener Bartolo Colon celebrated today the 45th birthday and he did it as an active player of the Texas Rangers, which makes him the oldest player in baseball in the major leagues.

True, he could not celebrate with a win, his team lost 2-8 to the Kansas City Royals, but they received congratulations and the traditional cake from their teammates and the opposing players.

Among them was his countryman, reliever of the Royals, Kelvin Herrera, who praised the professional career of Columbus and marveled that at his age is still active.

“I used to have pictures of him in my room,” Herrera recalled of his compatriot since his adolescence in the Dominican Republic. “He was my idol.”

Colón, after playing with 11 different teams in 21 seasons, has 242 victories and a Cy Young Award, but for the “Big Sexy”, as he is known amicably in the Major Leagues, at this point in his career there are things more important than mere statistics, including his physical change since he arrived in 1997 to the Majors with the Indians.

The person in charge of his nickname was his ex-partner with the New York Mets, Noah Syndergaard, something that never bothered the veteran Dominican starter.

Colon, who signed as a free agent with the Rangers for a minor league contract during the spring training camp, immediately won the right to be in the rotation of the first team.

The veteran Rangers starter has already worked in 10 games, including eight starts, and is 2-2 with a 3.51 ERA from the mound.

The 242 victories of Columbus in his career place him in the 55th place of all time. He lacks a victory to tie his compatriot Juan Marichal with the best record of a Dominican pitcher in the Major Leagues.

The practice of Columbus is to speak with the media only after its beginning. It is scheduled to start Saturday night against the Royals.

“I know it stays in a much better shape than most of us think, and that’s why it surprises you when you go out on the mound to do your job,” Banister said.

Before tonight’s defeat (2-8) against the Royals, the Rangers celebrated Columbus on the “big day” with a cake. That included crushing his face against the candy while taking a bite, a ritual full of affection and affection from the players with the partner celebrating the birthday.

“There is a certain grace about him that is not expected and a humility that is out of the ordinary,” Banister said. “He entered the dugout after taking him out of the game, and each time, he thanks me for allowing him the opportunity to play.”

Columbus’s first victory for Texas was a 3-1 win at Houston on April 15, which was perfect until the eighth inning before allowing a walk to Puerto Rican shortstop Carlos Correa and a double to outfielder Josh Reddick .

The Rangers’ teammate, Mike Minor, 15 years younger, points out that Colon has dominated a pitch like the “sinker.”

“Keep pulling again and again,” said Minor. “It is not as easy as it seems, but he has perfected it and it is very difficult to overcome it”.

At the moment, Columbus has reached 45 years old and can enjoy and show off like no one else has had a positive 2-2 mark and show that he can still have special nights from the mound.

The rest of the Latino players within the organization of the Rangers recognize that he is a special professional, but above all a companion and an exceptional person who can be trusted on and off the field, something that for Columbus is the best gift that They could also have enjoyed a delicious cake that allows him to keep his popular image of “Big Sexy”.