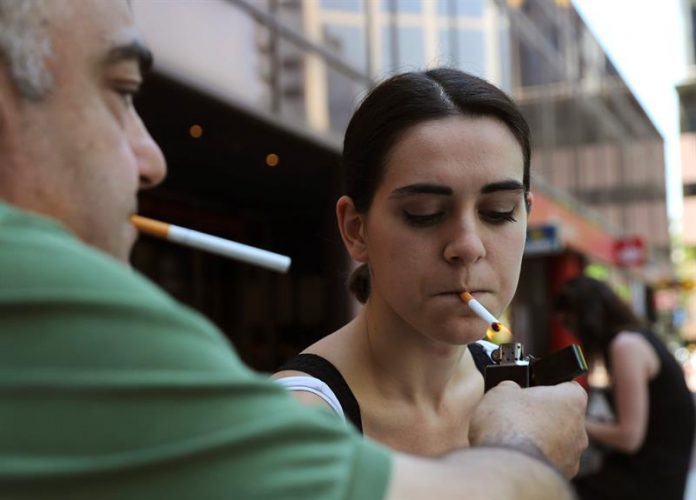 Smoking tobacco cigarettes regularly causes direct damage to the muscles, especially those in the legs, by reducing the number of blood vessels and thereby restricting the nutrients and oxygen they can receive, according to a study published yesterday.

The analysis, prepared by the University of California San Diego (UCSD), together with the Federal University of Rio de Janeiro, in Brazil, and the Kochi University, in Japan, was exposed in the scientific journal The Journal of Physiology.

“It is vitally important that we show people that the use of tobacco cigarettes has harmful consequences throughout the body, including large groups of muscles necessary for daily living,” said Ellen Breen, lead researcher of the study.

The specialist of the Division of Psychology of the Department of Medicine of UCSD, emphasized that the conclusions of the analysis are important at the time of “developing strategies to stop the damage caused by the harmful components of cigarette smoke”.

The research, conducted on laboratory mice that were subjected to cigarette smoke for eight weeks, showed that muscle damage in the legs is not only due to toxic smoke affecting lung capacity and therefore exercise, but also It has a direct effect on the muscles.

The researchers found that smoke reduces the capillarity of muscle cells, resulting in “a poor mitochondrial function” that affects the cycle of muscle contractions and produces faster fatigue.

Thus, the lack of nutrients and oxygen “can impact metabolism and activity levels, both risk factors for many chronic diseases, including Chronic Obstructive Pulmonary Disease (COPD) and diabetes,” the report said.

Although the study did not identify which of the approximately 4,000 chemicals present in cigarette smoke are responsible for muscle damage, Breen left open the possibility for further investigations.

Both identify the chemical components and “deepen the knowledge of the process by which blood vessels are reduced,” were goals identified for further analysis by the scientist. efe