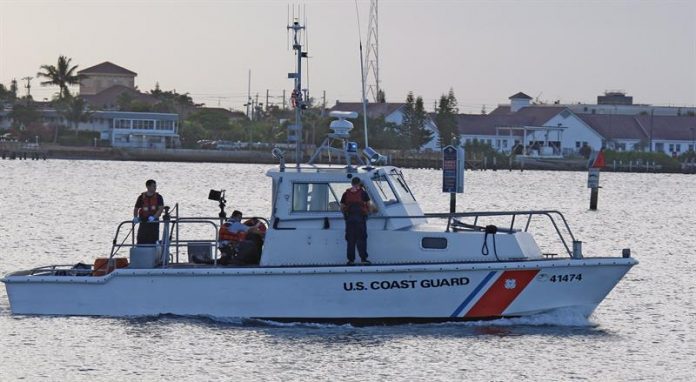 Two women who jumped into the water from a rowboat to swim to the coast in the Florida Keys, in the extreme south of the state, and that were considered missing, were found “safe and with friends,” the Coast Guard confirmed today.

The women, whose names were not released, communicated at 1:00 pm local time today with the coastguards to notify them that they were “safe and with friends” near the Marathon coast, at the far end of Florida.

The Coast Guard of Key West had been alerted at 2:30 in the morning today by Chris Hambrock, the person who was in the small rowing boat with the two women supposedly missing.

Hambrock then informed the authorities that the two women had jumped into the sea near Boot Key Harbor, a key near Marathon, with the intention of reaching the shore by swimming, but the man lost all contact with them.

A helicopter from the Miami Coast Guard Air Base and boats from the Marathon Police launched a search operation for the two women who thought they were missing.

The Coast Guard is looking today for a passenger on the “Carnival Paradise” cruise that was thrown or dropped into the sea about 85 miles from Fort Myers on the southeastern coast of Florida.

In the intensive tasks of search of the passenger, Brian Lamonds, of 50 years and been in North Carolina, involved a helicopter of the coastguard, an airplane and a vessel of this institution, the Coast Guard said in a statement.

The Coast Guard of Key West, in the extreme south of the state, was alerted at 10.00 local time today by the cruise crew.

The crew indicated that the passenger “was missing” and had fallen off the cruise into the water.