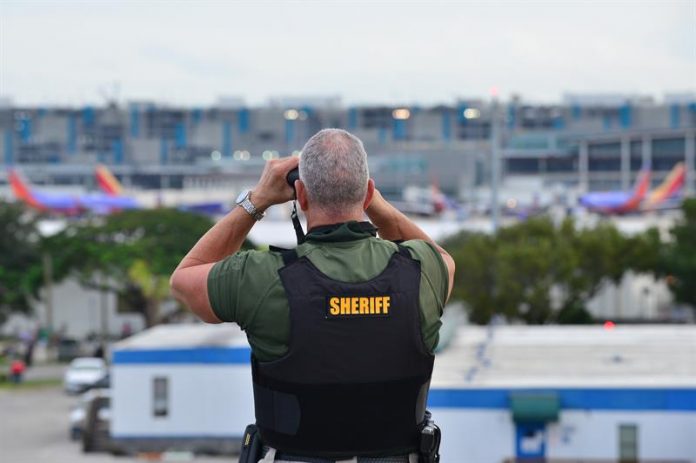 The ex-militant Esteban Santiago, accused of shooting dead five people at the airport in Fort Lauderdale (Florida) in 2017, has agreed to plead guilty to eleven charges in order to avoid the death penalty, local media reported today.

Following an agreement reached with the federal Prosecutor’s Office, Santiago, 28, of Puerto Rican origin, will plead guilty to 11 of the 22 charges against him for the shooting that took place at the Fort Lauderdale International Airport in early January 2017.

In this way, the defense will be able to avoid the death penalty that the Prosecutor’s Office had planned to ask for in the trial scheduled for June in a Miami court, in exchange for a sentence of life imprisonment.

As established by the plea agreement between the defense and the Prosecutor’s Office presented to the court last Monday, Santiago waives any right of appeal of the sentence imposed on him, picked up the Local 10 News channel.

The precise terms of the complete plea agreement reached with the Prosecutor’s Office could be heard tomorrow, Wednesday, before Miami Judge Beth Bloom.

Initially, Santiago had pleaded not guilty to the 22 charges he was charged for the armed attack at the aforementioned airport and, at the request of a judge, he was subjected to a series of mental evaluations to determine whether he was mentally healthy.

The clinical report of the specialist psychologist who evaluated his mental health determined that he is “capable of understanding the nature and consequences of the process against him and assisting appropriately in his defense.”

The ex-military man born in New Jersey 28 years ago arrived on January 6, 2017 at the Fort Lauderdale-Hollywood International Airport from Anchorage (Alaska) and in the baggage reclaim room he took a bag that he had checked and went to the bathroom.

In the bag was a gun that loaded in the bathroom and with which, back to the room, began to shoot people indiscriminately, as shown by the videos of the security cameras.

Five people were killed and six wounded at the airport by the firing of Santiago, who was arrested without resistance within a few minutes.

Santiago is a veteran of the Iraq war and is being held in a federal detention center in Miami, where he receives medical treatment for schizophrenia.

The FBI confirmed that in November 2016, Santiago entered an office of this federal agency in Anchorage (Alaska) and stated that the US Government He controlled his mind and forced him to watch videos of the Islamic State (EI) group, and he also heard voices.

The federal agents discovered that at that moment Santiago had left in his car his son a few months old and a pistol, which was confiscated.
The young man was referred to a psychological checkup for a period of four days, after which he was discharged, without any treatment to follow.