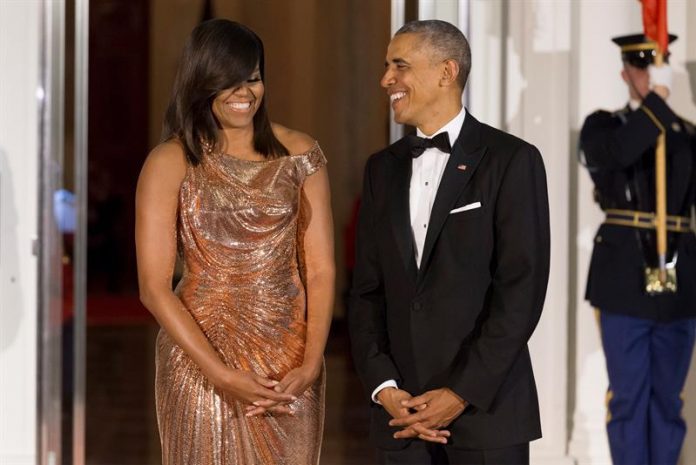 Former President Barack Obama and his wife, Michelle, have signed an agreement with Netflix for several years to produce films and series that will be broadcasted through the platform, the company reported on Twitter today.

The agreement includes the option of developing series with a script, reality shows, documentaries and other audiovisual formats.

The New York Times published in March that the Obama couple was in “advanced negotiations” to produce programs aimed at Netflix’s 125 million subscribers.

According to the publication, which cited people familiar with the matter, the former president does not intend to use these programs to respond to his successor, Donald Trump, or conservative critics.

Among the possibilities that have been discussed during the talks, she points out that the presidential ex-wife has talked about the production of a program with inspiring stories.

Likewise, the exmandatario is expected to moderate conversations about issues that dominated his administration (2009-2017), such as health, voting rights, immigration, foreign policy and climate change, among others.

For her part, Michelle Obama could present a space on nutrition, one of the flagship themes during her time in the White House, or that both lend their brand or support for documentaries or programs aligned with their beliefs and values.

The Obamas “have always believed in the power of storytelling to inspire,” said Eric Schultz, an adviser to the former president, quoted by the Times, who affirmed that both have promoted “stories of people whose efforts to make a difference are changing silently. the world for the better. ”

The NYT stressed that Netflix would offer the former governor an “unfiltered” communication channel that would allow him to reach an audience similar to that reached on his social networks, where he has 101 million followers on Twitter and 55 million “likes” on his Facebook page.

It is unknown how much the Obamas will receive for the agreement, but the publication recalled that Netflix recently signed a five-year contract with producer Ryan Murphy for $ 300 million.