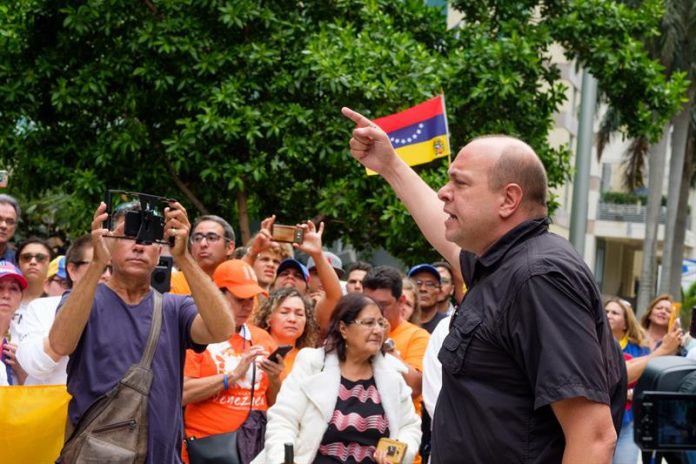 The former heads of State and Government of the Democratic Initiative of Spain and the Americas (IDEA) today urged the international community to ignore the electoral “farce” in Venezuela and to withdraw the ambassadors in Caracas and also demanded that Venezuela be suspended from the OAS.

In a statement sent to Efe by Asdrúbal Aguiar, general secretary of IDEA, it is pointed out that the “feigned elections” held today in Venezuela “under a completely corrupt and fraudulent electoral system” have only “the sole purpose of concealing the extension of Nicolás Maduro Moros and its de facto exercise of the Presidency.”

They also highlight the “acts of torture and unusual violence by the government and military authorities” that preceded the electoral “farce” and the “immoral purchase of oil abroad to subsidize the Republic of Cuba, in the midst of the total collapse of the economy and social order in Venezuela.”

All of this adds to “the aftermath of deaths due to overflowing criminal violence, famine or lack of health care, massive migrations of the population that disintegrate families and communities.”

The presidents of the declaration affirm that the situation in Venezuela is the work “of waste, of the generalized corruption of the dictatorial regime, which has led the country to unlimited indebtedness, to default, to the devaluation of the currency, and a hyperinflation that they have no precedents or parallels in the history of the world.”

In addition to requesting ignorance of the results of the voting, IDEA asks the community to withdraw its ambassadors in Caracas and undertake “a severe surveillance of the massive and systematic human rights violations that occur in Venezuela.”

It is also claimed that they increase “the sanctions and measures of seizure of monies resulting from criminal activities and government corruption” and prevent “the free transit abroad of those responsible for them, their families and those who collude with the dictatorship.”

The former presidents demand the suspension of Venezuela’s participation in the Organization of American States (OAS) in application of Article 21 of the Inter-American Democratic Charter.

They also urge “one of the States parties to the Rome Statute to refer to the International Criminal Court the report on the crimes against humanity of the dictatorship of Nicolás Maduro Moros prepared by the General Secretariat of the OAS.”

Finally, they demand that “the humanitarian assistance of residents and migrants be fully resolved, the urgent release of political prisoners and measures to protect life and personal integrity for the leaders of the real opposition who still remain in Venezuela.”