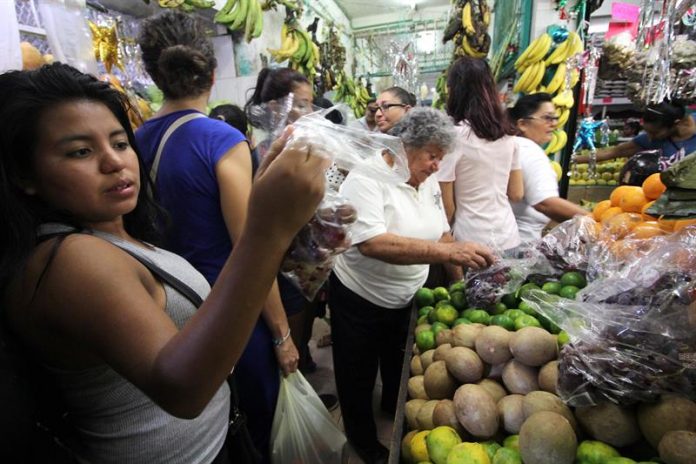 The natural imperfections of fruits and vegetables, due to misinformation and prejudice of the population, are subjected to an aesthetic judgment that affects the waste and loss of food worldwide, causing brutal environmental damage.

This is stated in statements to Efe the representative in Mexico of the Food and Agriculture Organization of the United Nations (FAO), Crispim Moreira, who insists that the quality of the food does not change, but the sensitization of the people either. Meanwhile, the data speaks: 715 million tons of fruits and vegetables are wasted annually in the world.

In nature there is no perfection, so it is not uncommon for carrots to grow disfigured, a potato may not be round or show spots, and bananas tend to ripen quickly and blacken.

All of them are facts that affect “the consumer’s criteria” and, more often than desired, arouse rejection in their eyes.

Given this, the psychologist Ricardo Trujillo explains to Efe that humans are aesthetic beings. “When an animal approaches food, it does not emit an aesthetic judgment, it only distinguishes whether it is edible or not edible,” he says.

On the contrary, the human being, having been “denaturalized of nature”, emits an aesthetic and absolutely subjective judgment in all his actions, among which also food enters.

For something to be selected it must have an aesthetic agreement with the inner judgment to which it is subjected. When it does not agree with these demands, it causes disgust or disgust.

“The most important thing that people must understand is that the quality of the food does not change: ugly, discolored, deformed, large, small, the nutritional quality is the same,” insists Moreira.

To change this, “food sensitization and education” is needed, a task in which both civil society and government institutions must contribute, without forgetting the food producers.

And is that markets increasingly demand more homogeneous and aesthetic products, something that, coupled with growing competition in urban areas, motivates retailers to offer and select foods with better appearance to seduce the consumer.

If measures are not taken, according to Moreira, “the citizen will never know that not consuming a carrot or a deformed banana is a public, environmental and economic health problem”.

Worldwide 1,300 million tons of food are wasted annually, losses that represent a crop area equivalent to the vast area of ​​Canada and India combined.

“The global carbon footprint derived from the losses is around 3,300 million tons of carbon dioxide,” adds Moreira, and ensures that the figure doubles the emissions of the transportation system throughout the United States.

It must be said that the greatest carbon footprint in unused food is created in the consumption phase.

Water also does not escape the ravages of food waste. According to FAO data, producing a tomato costs 13 liters of water; one potato, 25, and one apple, 70.

On the other hand, the coordinator of the initiative of the FAO for the Reduction of Food Losses in Mexico, Daniela Ruehl, tells Efe that a change of habits in the families has been detected that leads to more waste.

“Families no longer have the store nearby, but they make the purchase twice a month and for a long time, then they no longer buy the ripest tomato, but they buy the one with the longest shelf life, so those tomatoes more mature they stay in the supermarket and they are wasted, “he explains.

FAO estimates that wasted food in Latin America would be enough to meet the food needs of 300 million people.

Moreira concludes by assuring that, if the consumer obtains this type of information, he must be aware, although he is not the only one responsible, since food losses occur in all stages of production, from cultivation until It reaches the consumer’s hands. efe

Brady: “We had the chance to win, but in the end it did not happen”