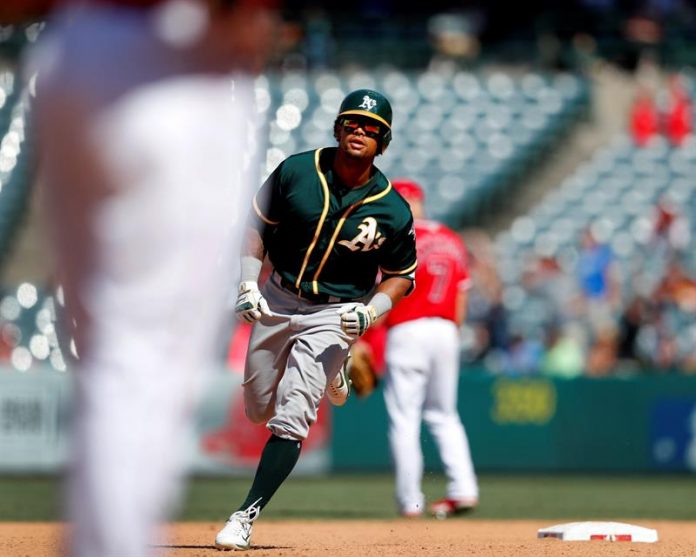 Starter Sean Manaea was dominant again from the mound and supported by timely and productive batting guided the Oakland Athletics to the visitors’ triumph (5-6) against the Boston Red Sox.

Manaea as he did in his first outing against the Red Sox, when he left them without hits, imposed his control from the mound and made a difference in the game.

While Khris Davis hit one of the three solo home runs the A’s hit and led the Oakland team’s winning bat.

Matt Joyce and Matt Olson also hit two solo home runs that helped the A’s win after five losses in their previous six games against the Houston Astros and the New York Yankees.

The gardener of Cuban origin J.D. Martinez and the Dominican Rafael Devers shot solitary homers by the Red Sox, who start a seven-game stay after finishing a tour with a 6-4 record.

Other Latino players who supported the Red Sox attack were the Dominican Hanley Ramirez who went 4-1 with two RBIs and the Venezuelan catcher Sandy Leon who had 3-1 with a score.

The left-handed starter pitched the seventh game without a hit in Oakland history on April 21 this year, when he beat the Red Sox at home.

Closer Blake Treinen retired the last three “outs” of the game for his seventh save so far this season.

Porcello (5-1) admitted five runs and nine hits in six innings, striking out five batters and not giving away walks.