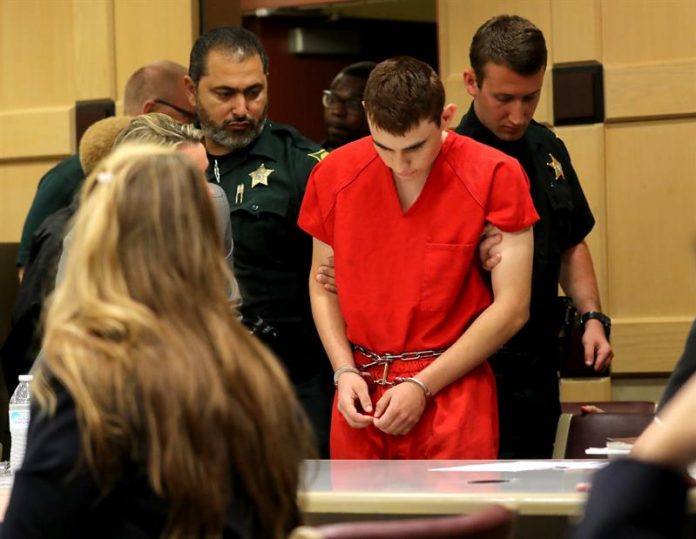 Rex Harbor, the 26-year-old who last Friday shot at drivers on a Georgia highway and then committed suicide, wrote a note commending Nikolas Cruz, the author of the Parkland school massacre, South Florida, authorities said today.

According to County Hall Sheriff Gerald Crouch, the author of the shooting left written a note in which he pointed out that the person responsible for the deaths of 17 people last February at Parkland High School, Nikolas Cruz, who is in prison and He faces 17 counts of murder, gave him “courage and courage”.

Harbor hid at noon on Friday in a wooded area near State Highway 365 and from there fired a semiautomatic pistol 17 times at a total of seven vehicles traveling on the highway.

The attack wounded two men of 72 and 54 years old, who had to be taken to a hospital where they recovered satisfactorily, while a 49-year-old woman was slightly cut after breaking the windshield of her car when she was hit. for a bullet.

It was precisely the two wounded, one in the leg and the other in the hip, the first to call the 911 emergency number, the sheriff said at a press conference on Saturday.

The young man, who lived with his parents in the town of Snellville, east of Atlanta, had at least five guns and more than 3,000 bullets in his vehicle.

The attacker was confronted by agents of the Georgia Highway Patrol, which led to a brief chase in which Harbor was shot in the head and his car skidded into the space that divides the highway. He was taken to a hospital where his death was certified.

According to Crouch, the young man’s attack apparently did not have a clear objective or pursue the end of the lives of people of a certain race or ethnicity and his writings rather reflected a widespread hatred against all Americans.

Nor did he have criminal records or a criminal past and his social networks do not account for affiliation with supremacist or violent groups, according to the police.

The authorities discovered near where Harbor was bet a camera commonly used by hunters, attached to a branch with a velcro, that registered images of the author of the shots apparently at the moment in which it is located in the place from where it did the firings.