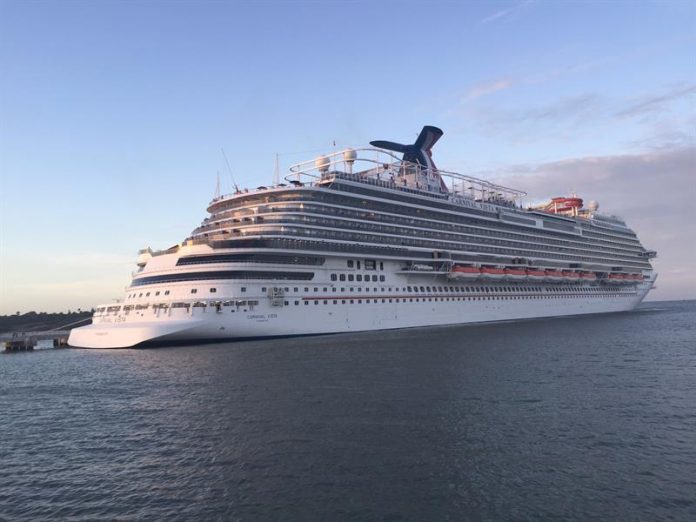 The increased popularity of cruise ships responds to people’s desire to make the most of their money, as the cost can be up to 50% lower than a vacation on land, according to the vice president of corporate affairs at Carnival Corporation, Carlos Orta.

In a letter sent to Efe, Orta, born in Cuba, explained the many reasons why 27 million people plan a cruise this year, according to the forecasts of the industry.

Of that record number of cruise passengers, approximately half will travel on any of the nine lines of Carnival, which is considered the largest cruise company in the world.

Cruises, in addition to fun, offer opportunities to relax, recharge batteries and live worthy experiences to remember, but also have advantages for your pocket.

A cruise does not just mean “a great vacation” but an “exceptional” relationship between its value and what one gets. According to Orta, it can cost between 40 and 50% less than if one chooses to tour from the ground.

The level of satisfaction generated by the cruise ships speaks figures such as those taken from a report by the World Tourism Organization (UNWTO), included within the framework of the United Nations.

In the period 2004-2014, the popularity of cruise holidays has grown faster than that of land based vacations. The difference is 20 percentage points.

In addition, a recent study conducted by the cruise industry reveals that in 89% of the cases, the cruise passengers were very or extremely satisfied with the experience, in 86% they said they were interested in enjoying a cruise again and in an 84 % who would recommend a friend follow their steps.

In 69%, they also considered that the value of a cruise is better than that of a vacation on land.

One of the myths that Orta wants to banish is that cruising is only for a certain type of person, since, he assures, there is an adequate cruise for each person.

The only important thing is to be clear about what you want to do once on board, he says.

Visit the best beaches, taste dishes prepared by great chefs, relax in a spa or witness good shows are among the range of possibilities.

The accessibility from the economic point of view is one of its great attractions, along with the possibility of visiting several destinations in a single trip and without having to empty the bags more than once.

But Orta also mentions the ease with which one can relax or have fun, the amount of different things that can be done on boats and getting up every day in a new place and being able to disembark to get to know him on a trip.

With the idea of ​​introducing more people to cruising, Carnival has launched original television shows that show what it’s like to travel on a cruise, in addition to OceanView, the first digital streaming channel of a travel agent available on Amazon Fire, Apple TV and Roku.

For the Hispanic market, it has launched “La Gran Surpresa,” which airs Univisión on Sunday nights and hosts the famous Poncho de Anda, as well as Telemundo’s “El viajero con Josh Garcia,” which is also broadcast in English through NBC

Orta said that Hispanics, with an increasing purchasing power, are not alien to the growing popularity of cruising, but quite the opposite.

US Hispanics spend an average of 56,000 million dollars a year on trips around the country and 10 billion on trips abroad, and comparatively travel more than other groups.

For around 35% of Hispanics, the best type of vacation is a cruise, according to the Cruise Lines International Association (CLIA).

Orta adds that Carnival has reinforced and improved several terminals in California and Florida and has brands that offer vacations from all the coasts of the country.
“Every year there are more Hispanics seduced by cruising,” says Orta.

In his opinion, the attractiveness of cruises persists because the industry strives to present new offers and approaches.

“Everything we do, from marketing to alliances, going through the offer on board, revolves around the idea of ​​exceeding the expectations of the passenger every day,” says Orta.

That simple guide has led Carnival to success, he adds.

“Our employees on board and on the ground have the passion to do everything they can to ensure our passengers a great vacation and the result is seen in those who repeat the experience and in which for the first time they are aimed at cruising.” efe